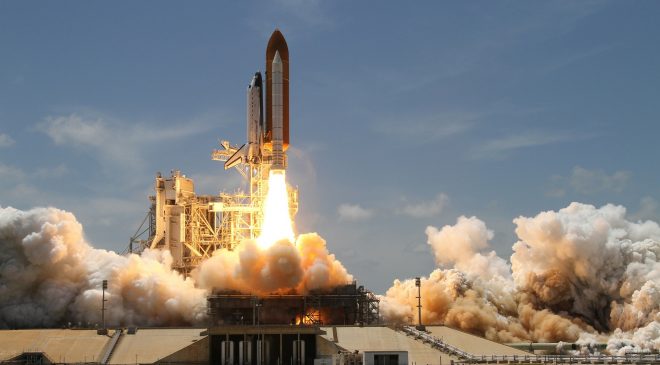 Believes there’s a need to mitigate the cybersecurity risks of space applications.

Building a successful cyber security system is important for Singapore’s government, private business and non-profit organisations. However, ensuring cybersecurity in space will be the next step for the country.

According to David Koh chief executive at the Cyber Security Agency of Singapore and commissioner of Cybersecurity, the democratisation of space means bigger countries and large multinational corporations that had traditionally dominated space investments given the high barriers to entry and long technology gestation periods, are now a thing of the past.

Since the launch of the first rockets, space has been explored predominantly by a small group of larger countries and bigger industry players and something that was largely experimental, space today is a growing industry involving a wide range of large and small stakeholders and estimated at more than US$420 billion US worldwide.

This has also brought about the evolution of many mainstream capabilities with applications in daily life such as the Global Positioning System or GPS, weather prediction, and satellite broadcast.

In fact, these space capabilities are now indispensable to our lives – just imagine having to refer to a printed map to find our ways around a new city or find the best hiking trails, instead of checking Google Maps on our phones!

Thanks to increased accessibility through trends such as miniaturisation and affordable launch systems, there are more new entrants than ever before that is active in this space.

“Space is no longer just accessible to them, but for smaller countries like Singapore, and also commercial start-ups,” said Koh. “Singapore sees space as a strategic sector that we can harness to serve our national priorities.”

According to the CEO in building these opportunities doesn’t mean the country should not overlook the potential risks that come along with it. The increasing dependency on space technologies can put us in a precarious position, as these technologies are vulnerable to cyberattacks which could lead to large-scale and catastrophic effects.

“Just like the need to ensure robust and resilient cybersecurity for other infrastructures that are fundamental to the digital economy and our way of life, there is a need to mitigate the cybersecurity risks of space applications,” he said.

As a small and open economy, Singapore has always recognised the need to stay ahead of global trends and developments, to adapt and position ourselves for the digital world of tomorrow.

“We recognise that Governments do not have all the answers,” noted Koh. “As the saying goes, to go far, we must go together.”

Singapore has embraced this philosophy by partnering industries, research institutes, and academia to strengthen our cybersecurity capabilities through innovation.

“By developing R&D expertise in cybersecurity, coordinating whole-of-government priorities and approach, and providing common platform for R&D collaboration among relevant stakeholders both locally and internationally, this has served to improve the trustworthiness of our cyber infrastructures with an emphasis on security, reliability, resilience and usability.”

Singapore will continue to invest in building these capabilities, including on cybersecurity in space.

The sophisticated problems put forth by some of these companies have provided the opportunity to innovate and to push the envelope of cybersecurity development.

Industries that have benefited thus far include those from the Operational Technology, Medical and Maritime sectors that are looking into advanced areas such as active defence in Operational Technology systems, user behavioural data access monitoring, and anomalous detection in autonomous vehicles.

“So far, we have not seen anyone coming to us with ideas on space technologies. We hope this will happen sooner rather than later,” said Koh. Singapore recognises that space is today an important part of the global commons.”

Space is an enabler for global connectivity and awareness, and can help facilitate the economic, sustainability and security interests of countries worldwide.

While it is important to build a collaborative cybersecurity innovation ecosystem through public-private partnerships, it is also crucial for the international community to support a rules-based multilateral order for space, just like in the cyberspace.

“With the democratisation of space, the space environment has somehow become more congested with more stakeholders involved, often with diverse objectives and varying capabilities,” said Koh.

“Although there exist some structures and norms from the international legal regime for space that was drawn up in the 1960s, we may need new rules and norms to keep up with technological developments and new issues, such as space debris, mega constellations that increase the risk of in-orbit collisions, and spectrum interferences, especially as space grows in importance for our economies and societies.”

Koh said this needs the collective effort of the international community, including countries large and small, and commercial enterprises, to come together to share best practices and co-create practical measures.

“Singapore is taking steps to be part of this international conversation. Last year, we participated in the UN Committee on the Peaceful Uses of Outer Space (COPUOS) as a new member,” said Koh.

“Singapore is also an active member of the Committee on Space Research (COSPAR). We will continue to play host to, and contribute meaningfully to, important discussions about space in the region and at home.”

Minister Teo will continue as Second Minister for Home Affairs but relinquish her appointment as Minister for Manpower.