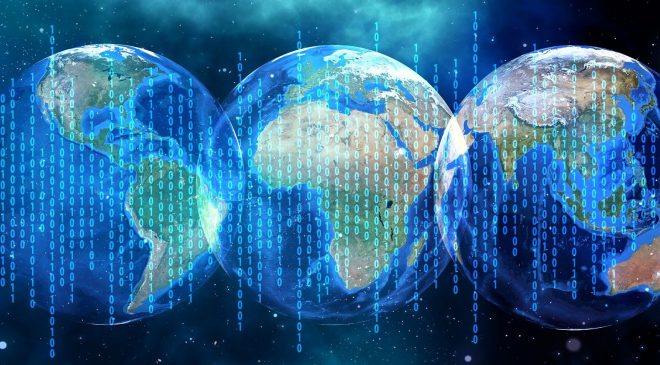 The information and communications technology (ICT) market has also been affected by the conflict.

The Russian invasion of Ukraine and the resulting diplomatic and economic response have led to a critical turning point for Europe and the world. The information and communications technology (ICT) market has also been affected by the conflict as well as the economic sanctions and other measures levied upon Russia by the United States, the European Union (EU), and other countries. A new International Data Corporation (IDC) report provides an initial assessment of how the crisis will affect ICT spending* and technology markets worldwide.

While IDC expects a steep decline and slow recovery for ICT spending in Russia and Ukraine, the global impact of this decline will be somewhat limited. Combined the two countries only account for 5.5 per cent of all ICT spending in Europe and 1 per cent worldwide. At the same time, the crisis’s likely impact on trade, supply chains, capital flows, and energy prices will affect the global economy on a broader scale with negative consequences for both the regional and worldwide ICT market. These consequences include the following:

Tech Demand Fluctuation: The conflict has halted business operations in Ukraine while the Russian economy is feeling the early impact of Western sanctions. This will strongly affect tech spending in both countries with double-digit contraction of local market demand expected in 2022. Meanwhile, tech spending among Western European countries may increase in part due to expanded defence and security allocations.

Energy Prices and Inflationary Pressure: Tensions over the conflict in Ukraine will have wide ranging consequences on both energy prices and security of supply, particularly for certain European countries where cascading effects on price indices are already being felt. Most countries will need to quickly reassess their near-term energy plans while accelerating efforts to reduce their dependence on carbon-based energy sources.

Skills and Infrastructure Relocation: More than 100 global companies have established subsidiaries in Ukraine and many more have operations in Russia. The conflict has already displaced tens of thousands of developers in Ukraine and led to the relocation of some services in both countries. These relationships, along with the physical assets and personnel associated with them as well as any future expansion plans, will need to be revaluated considering the conflict.

Cash & Credit Availability: The financial sanctions imposed to date are presenting serious challenges to foreign credit availability in Russia, while creating potential losses on loans issued by EU countries to Russia. Without access to credit, most organizations will be forced to suspend new technology investments in the near term. The country is also suffering from a severe shortage of cash, which is significantly impacting consumer spending.

Supply Chain Dynamics: Exports of finished products and technology components to Russia will be significantly affected by the sanctions, but the impact to Western companies will relatively small given the size of the market. Imports of tech materials from Russia and Ukraine will also be affected, particularly in the semiconductor sector where supplies of neon gas, palladium, and C4F6 used in chip manufacturing will be greatly reduced. The conflict is also expected to further disrupt global supply chains as cargo is rerouted around the two countries and costs increase.

Exchange Rate Fluctuations: Russia’s currency plunged in value in response to the initial sanctions, making imports of IT equipment and services significantly more expensive. As a result, many companies are refusing to ship orders to Russia even if payment is possible. This also means that Russia’s own manufacturers of PCs, servers, and communications equipment will be unable to operate. Geopolitical tensions are also impacting other currencies throughout the region, including the Euro.

In addition to the immediate consequences identified above, other near- and long-term impacts can be expected, including increased stock market volatility and market speculation; risk of cyberattacks and the potential for a broader cyberwar; the disruption of start-up environments in both Russia and Ukraine; and the creation of new business and scientific alliances to replace those severed by the hostilities.