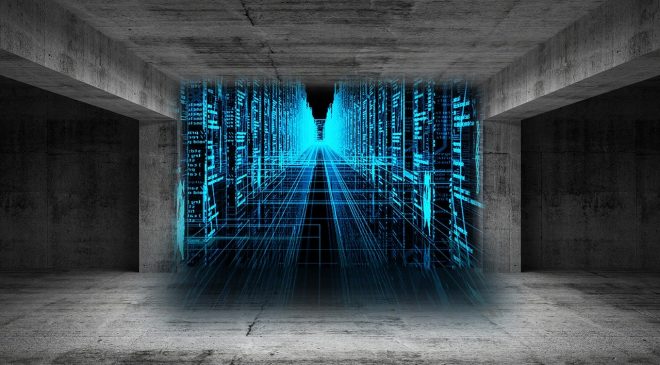 PT Telkom Indonesia has continued to focus on digital business

September 8th is commemorated as World Literacy Day. As proclaimed by UNESCO in 1966, World Literacy Day aims to remember the importance of literacy for individuals, communities, and societies and the need for intensive efforts for society to be literate. Now, along with the rapid development of technology accompanied by changes in people’s lifestyles, literacy is viewed not just as it was originally proclaimed, but increasingly as literacy in using and utilizing digital technology. As the leading digital telecommunications company in Indonesia, PT Telkom Indonesia (Persero) Tbk (Telkom) has a responsibility to support the development of Indonesia’s digitalization by providing the digital infrastructure and digital services platform.

The Minister of State-Owned Enterprises (BUMN) of the Republic of Indonesia, Erick Thohir, said, “Developing Indonesia’s digital economy will be an integral element of our growth ambitions, with a potential to reach Rp4,500 trillion, which is eight times faster than the country’s GDP growth. However, now, Indonesia is utilizing just 1 per cent digital talent, while the minimum total required is 20 per cent. Therefore, Telkom and Telkomsel, as digital telecommunications companies owned by state, must become the backbone to Indonesia’s digital economy. ”

Since the beginning of the transformation journey led by Erick Thohir, PT Telkom Indonesia has continued to focus on digital business and become the largest digital telecommunications company in Southeast Asia. This transformation to digital business is in line with the mission of the Government of Indonesia to equalize digital access throughout the nation. Until June 2022, Telkom has delivered various infrastructure such as 171,654 kilometres of fiber optic cable across the archipelago and 255,107 Base Transceiver Stations (BTS), which serve 8.9 million IndiHome customers, serving 169.7 million Telkomsel customers connected to the world via the internet.

In the development of digital sovereignty, people’s digital literacy and inclusion must be improved to increase the quality of digitalization and to support Indonesia’s digital transformation. Digital Transformation has become one of the key topics of the Indonesian G20 Presidency agenda. To support these efforts, PT Telkom Indonesia has been actively participating in the G20 agenda, specifically in the digitization-related topics. The President Director of Telkom, Ririek Adriansyah, has also been entrusted with the mandate as Chairman of the B20 Digitization Task Force.

According to Ministry of Communication and Information data, Indonesia’s digital literacy index is 3.49 out of a range of 0-5. The data indicates a mature digital literacy level in Indonesia, ready to compete in the era of society 5.0.  Telkom has formed a strong digital society through various products and services. Through collaboration with various parties and SOEs, Telkom seeks digital literacy improvement through PeduliLindungi application development, implementation of assistance through BUMN Houses, provision of Amoeba and Indigo incubation facilities, and various other efforts.

Furthermore, the digital environment and society can drive a strong digital economic ecosystem. Through digitalization, people’s living standards increase and positively impact Indonesia’s economic growth. According to a Google report in 2021 by Temasek and Bain & Company, the value of digital transactions in the Indonesian e-commerce sector reached Rp1,000 trillion, or $US70 billion. This value is predicted to increase to $US146 billion by 2025. To support the growth of the digital economy, various products and services are needed by the community and business actors. Therefore, Telkom has presented several solutions such as PaDi UMKM (MSMEs), Agree (agriculture and fisheries), Logee (Logistics), BigBox (One Indonesia Data), MySooltan, and many other digital services.

Commenting on Indonesia’s digital literacy ambitions, President Director of Telkom, Ririek Adriansyah said: “Indonesia’s future will depend on how well the country is able to optimize its wealth and potential in the digital realm. With the best talent, qualified technology, and a strong business ecosystem, Indonesia can become a major economic player in the region and even the world in the next few years. Telkom will stand with the people and the Indonesian government to realize these ideals.”