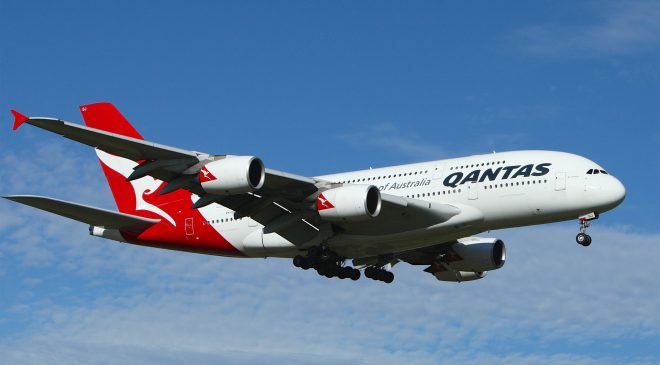 TPG Telecom’s re-launched business and government division has been named the major supplier of fixed and mobile voice services for Qantas.

Under the new five-year deal, TPG Telecom will transform the Qantas communications network with the addition of a new, fibre network that will provide voice and data carriage services across its head offices and airport terminals in Canberra, Melbourne, Sydney, Perth, Adelaide, and Darwin.

The transition of fixed voice services has already commenced with the transfer of the Qantas 1300/1800 inbound customer support numbers to TPG Telecom’s mobile network, with more voice services to follow. The partnership comes as TPG Telecom continues to deliver most mobility services to Qantas.

Ninety per cent of the flag carrier’s mobile services have moved to the company’s mobile network, resulting in reduced costs and increased service levels for the airline.

“As we recover from COVID, it is more important than ever that Qantas has a reliable, fast and secure communications network so that we can stay connected as an organisation and importantly, to our customers,” said Qantas Group Chief Information Officer, Sam Charmand. “TPG Telecom has proven its capability and experience in delivering large and complex infrastructure programs. They have successfully transitioned most of our fixed voice services within weeks, showcasing the value of their automation capability, and they have been responsive and flexible which is exactly what we need our suppliers to be.”

TPG Telecom has unveiled a new enterprise strategy to position itself as the telco of choice for small and large business and government customers. The new strategy reveal comes as TPG Telecom announced it has been awarded a five-year, multimillion-dollar contract with Qantas to supply fixed and mobile voice services as the airline modernises its domestic communications network.

TPG Telecom’s new business and enterprise strategy is being led the company’s Group Executive Enterprise and Government, Jonathan Rutherford who joined the telco in July.

Since the merger of TPG Telecom and Vodafone, the company has undergone significant investment in its business sales capability with new hires across sales, marketing, and support roles as well as the consolidation of its four existing business divisions (Vodafone, TPG, iiNet and Internode) under the single TPG Telecom brand.

“We are building Australia’s newest and smartest 5G network, which, alongside our extensive fibre network and access to the NBN, will put us on a path to disrupt the market and be the number one communications provider for business innovation, choice and value,” Rutherford said.

“As we accelerate the benefits from the merger of TPG Telecom and Vodafone, now is the time to put a strategic stake in the ground to show all Australian businesses that TPG Telecom has the infrastructure, reach, innovation and connectivity solutions to help them grow and compete across Australia and the world. Given the size of the business market and our strong network assets and products, TPG Telecom should be able to reach $US1 billion-a-year business revenue and we think that’s achievable by 2025.”

As part of its strategy to grow business, enterprise, and government revenue TPG Telecom will target sectors including small and medium enterprise, government, mining and manufacturing, transport and logistics, retail, and healthcare. Across these sectors, TPG Telecom has identified three core strategic priorities.

“The past two years have shown how vital connectivity is to our everyday lives and it is now clearer than ever that every business in Australia must be a technology business if they want to thrive in the digital world,” Rutherford said.

“Over the next five to ten years, we will see a seismic shift in the digital capability of all Australian businesses as voice and data connectivity solutions, new mobile applications and products, managed services, and the data capability made possible by IoT, transforms how we all connect.” “Underpinning all of this will be robust, reliable and fast mobile and fixed-line networks.