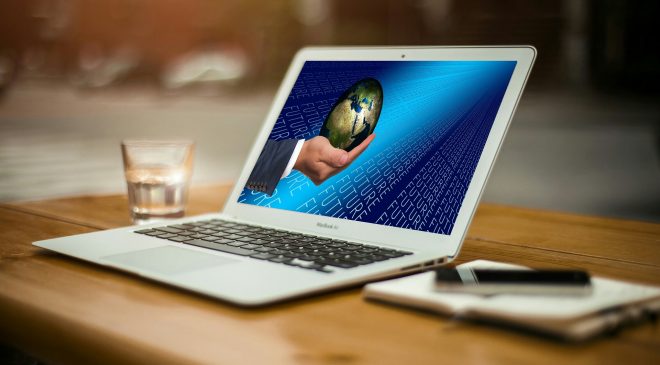 Financial institutions have found open source technology to have been a critical helping hand in digital transformation.

Across Asia Pacific, many companies have seen their digitalisation timelines compressed this year, with COVID-19 forcing businesses to become leaner, agile, and efficient order to survive.

Here are some of the ways these institutions have propelled their digital transformation journey  with Red Hat open source.

ANZ is a multinational banking and financial services company with a purpose of helping to shape a world in which people and communities thrive. To achieve that goal, the digital customer self-service tribe needed to ensure that ANZ’s internet banking platform is always stable, reliable, and able to meet the needs of its wide range of customers including everyday consumers and small businesses right up to large enterprises.

With the help of Red Hat Consulting, ANZ deployed Red Hat OpenShift, Red Hat Enterprise Linux and Red Hat Runtimes as the foundation of its internet banking platform in early 2020. Collectively, Red Hat solutions enabled the bank to implement the latest core banking application version (11.9) in production in July 2020 while running and migrating existing services from the original. ANZ managed

to process AU$2.9 billion worth of scheduled payments within the first hour of implementing Red Hat OpenShift and the new core banking platform version in production. It also saw an increase in the number of internet banking users smoothly completing transactions during the peak hour of the first day of deployment. Additionally, ANZ was running 30 per cent of its customer traffic on the new infrastructure within four months of confirming the architectural decision. With Red Hat OpenShift, ANZ will be able to reuse the internet banking services that are upgraded and transitioned for the bank’s other channels such as its mobile banking application.

This empowers the bank to run faster and deliver consistent user experience across multiple digital channels for its 2.4 million active internet banking customers. Red Hat solutions also enabled the bank to comply with the regulatory obligation of ensuring continued stability and availability of its critical customer-facing systems, processing approximately AU$1.2 billion in payments each day. So far, its unplanned outage time for internet banking has reduced by approximately 80 per cent.

“The improved internet banking technology capabilities ensure our customers have the tools they need to easily complete their online banking so they can spend more time running their business or enjoying life. Collaborating with Red Hat to use its open source solutions means we can meet the scalability, reliability, supportability and security requirements to host our internet banking platform. Together we were able to build deployment pipelines that enable us to reuse code, rapidly test and retest deployment, as well as meet the stringent performance and volume testing criteria,” said Raghavendra Bhat, Lead Digital, Tech Area, Australia And New Zealand Banking Group Limited

CIMB Niaga is Indonesia’s second largest privately owned bank by assets, which is majority-owned by CIMB Group. It offers consumer banking, SME, commercial and corporate banking, treasury and payment services through its branches nationwide and digital banking platforms. In a highly competitive consumer banking market in Indonesia, CIMB Niaga’s strategy to thrive is to ensure that its people, process and technology are aligned to the needs of the business. This called for the bank to build consumer-facing applications in-house instead of relying on third-party applications. It engaged Red Hat Open Innovation Labs to learn best practices for agile methodology and DevOps, as well as seek help from Red Hat Consulting to build an agile platform using Red Hat OpenShift, enabling it to develop and deploy applications more rapidly in an automated and more secure manner. As a result, the bank can now respond to dynamic market demands in a more cost-efficient and faster manner.

“We’ve managed to foster an enterprise-wide DevOps culture and build an agile platform, complete with continuous integration and continuous delivery pipeline. This empowers us to deliver new customer-facing applications or update them with new services more quickly, which has enabled us to maintain our consumer banking share of wallet despite increased competition from our peers and from fintech companies,” said Yenny Siswanto, Head Of IT, Pt Bank Cimb Niaga Tbk

Orange Life, a subsidiary of Shinhan Financial Group, is a life insurance company with global class management capabilities and dominant financial strength that has been keeping pace with the development and growth of the life insurance industry in Korea ever since its establishment in 1987. It initially relied on Unix as its primary operating system and a traditional three-tier architecture with server virtualisation, which were unable to support its new organizational structure centered on agile transformation. The existing infrastructure was highly dependent on administrators and operators, and made it difficult to adopt automation. With support from Red Hat Consulting, Orange Life adopted Red Hat OpenShift, Red Hat Enterprise Linux, Red Hat Quay and Red Hat Advanced Cluster Management for Kubernetes to be cloud-ready, reduce cost and enable the company to be more agile and speed up innovation. It used Red Hat OpenShift to transform its applications to become cloud-native so that it can be easily migrated to the cloud in future. By moving most of its web-based applications to Red Hat OpenShift, Orange Life can also run 10 times more applications per node, lowering its IT spend on hardware and software by 50 per cent as compared to using its previous architecture. Additionally, Red Hat OpenShift provides an efficient environment for Orange Life’s developers that enables them to quickly reproduce the same applications or reuse microservices. This helps developers to focus on development and the quality of applications without worrying about the underlying infrastructure, thereby accelerating speed-to-market and ensuring the delivery of good customer experience.

“Orange Life constantly strives to be a customer-centric organization that pursues service excellence and growth. With Red Hat supporting our agile transformation, we’re able to deliver more reliable, high-quality, innovative services to our customers at speed, while becoming more cost-effective. The new platform will also be the foundation for our business growth as it can easily cope with increasing workloads or scale on-demand in future,” said Sangwook Han, Vice President And Head Of IT Group, Orange Life.

SOCSO, otherwise known as PERKESO, is one of the government departments under Malaysia’s Ministry of Human Resources. It covers all social security provisions and administration for workers in Malaysia. The PERKESO Social Security Protection is based on the concept of joint responsibility through the pooling of resources, sharing of risk and replacement of income, and it aims to provide social security protection to employees and their dependants through its various schemes. PERKESO needed to transform its services through rebranding as part of the Pelan Transformasi PERKESO 2017, which supports the organization’s overall Strategic Plan 2016-2020. This called for the organization to modernize its legacy remuneration systems, which consists of modules that are hard-wired with codes and integrated with isolated web services and batch processing scripts. PERKESO deployed Red Hat Enterprise Linux to run its servers, and developed new applications that are modular and integrated with Red Hat Fuse. It also built business processes and workflows with Red Hat Process Automation Manager and deployed them on Red Hat JBoss Enterprise Application Platform and Red Hat JBoss Web Server. By doing so, PERKESO reduced operational cost, extended the availability of its services and ensured that its services reached more stakeholders (i.e., employers and employees registered with PERKESO). About 400,000 employers can now perform transactions such as contribution submissions and payments via PERKESO’s new digital channels instead of having to visit a physical branch. Meanwhile, employees can access their profiles and contribution-related information in PERKESO’s online systems, enabling them to be a more informed contributor. Additionally, the online channels helped the organization deliver a better user experience and reduce the number of user complaints. They can also accommodate more stakeholders to ensure self-employees, such as taxi drivers and drivers working for e-hailing services, are protected under PERKESO.

KBTG is the tech venture of Kasikorn Bank (KBank), one of Thailand’s largest banks. It works as an in-house developer, and partners with fintech firms and tech startups to enhance its digital financial products and provide excellent service delivery amidst changes in the financial sector. Since KBTG initially deployed many critical business applications on proprietary application servers on the UNIX operating system, it struggled to address changing business requirements in an agile manner and to reduce IT operational costs as the business grew. It also faced limitations in terms of adopting containers as its existing application servers were not lightweight. As such, KBTG’s infrastructure team, K Pro, needed to manually manage its IT infrastructure to ensure that its critical applications were always up and running.

KBTG overcame these challenges by deploying Red Hat JBoss Enterprise Application Platform to run its Java applications, Red Hat Ansible Automation Platform to automate network and security management, and Red Hat Enterprise Linux as its stable foundation for all IT workloads and deployments. The new lightweight infrastructure allowed the K Pro team to use component architectures, living documentation and a common toolset. This helped to reduce configuration sprawl, deliver IT resources at speed to support new business demands and free up more IT budget for innovation instead of maintenance, making the K Pro team more productive. The security and reliability of KBTG’s systems increased and allowed KBTG to focus on innovating at the speed and scale required to improve KBank’s customer service.

“Having a reliable and efficient IT infrastructure is crucial to helping KBank continue delivering a seamless, delightful customer experience. By using Red Hat’s open source solutions to provide a stable, automated and secure platform, the K Pro team can ensure that our critical applications – be it new or existing ones – are always running properly. This empowers us to focus more on higher value tasks that will help the bank to be more customer-centric and sustain competitiveness,” said Surapan Chaimahapruek, Assistant Managing Director, Kasikorn Business-Technology.