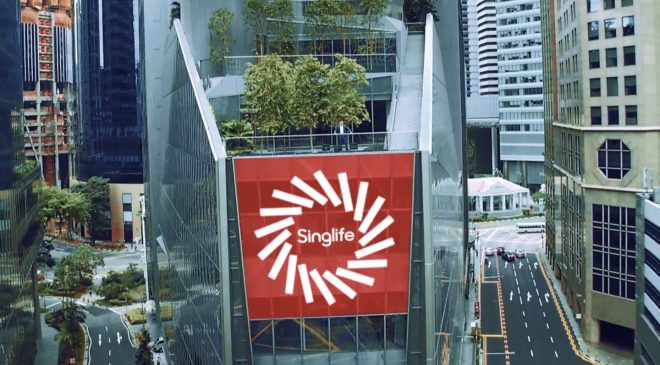 Ned Lowe chief technology officer of Singlife speaks to CIO Tech Asia about life as a senior IT decision maker during a pandemic.

Lowe joined the organisation in March 2019 and has a background was in development and application design.

“Originally I studied to be an electronic engineer at the Imperial College of London,” he says. “The engineers in London after university joined the investment banks.”

Lowe joined Merrill Lynch and worked on trading systems as a developer, but he had always wanted to be work in Asia. That happened when he requested to transfer and was lucky enough to meet all the requirements needed to move over to Hong Kong.

“That was back in 2005,” he says. “I carried on working with Merrill in Hong Kong; and when Bank of America took over Merrill Lynch, I moved from Hong Kong to Singapore.”

Lowe stayed with Merrill Lynch for about 12 years in total, and worked in its Hong Kong, Singapore and New York offices.

“I had a long and varied career with them,” says Lowe. “But a few years ago, I decided that I wanted to try something in the start-up world and I got the start-up bug.”

Lowe left the world of traditional finance and moved back to Asia to set up a financial technology company working on an asset management solution. He worked on that for a little while, before moving to AWS.

“The platform got taken in-house by a hedge fund and I moved to AWS and worked on digital transformation Cloud journeys for financial institutions,” Lowe says. “[It was] big banks and the big insurance primarily and enjoyed [I] that a lot. But decided I wanted do more than watch people build stuff. I wanted to build stuff myself.”

Lowe started looking around and had the good fortune to meet the Singlife team. He was instantly “enamoured” with the vision, that the company’s vision and what it wanted to do.

“I left AWS and joined Singlife about a year and a half ago now,” Lowe says, “It’s been a great journey.”

Lowe says the biggest difference between working for a traditional organisation and a start-up is as simple as — culture.

“[Culture] is an extremely important [issue], because sometimes people mistake the difference in how well an organisation is on technology,” he says. “Typically it’s not something that is discussed. There are times when I have had conversations with traditional organisations who’ve said; if only we didn’t have this tag; if only we didn’t have XYZ, then maybe would be able to do things as quickly as you can.”

“The culture comes first, and the tech comes second,” says Lowe. “Not the other way around and if people really want to embrace new ways of doing things, they have to embrace a different mindset. They have to be more agile and interactive in the way that they approach things; and be more acceptable of certain types of risks.”

The systems built, should reflect hierarchies of the business

“The systems that you build reflect the hierarchies of the business that created them,” he says. “If you have a siloed business, you’re going to have siloed technology that makes it difficult to present a holistic solution.”

For Lowe, FinTech players — or the newer financial institutions — typically have more people at a senior level who have a technology background.

“By having more people with a tech background in senior positions — potentially all the way up to the CEO — the understanding of the complexities of what is/isn’t possible becomes deeper,” he says. “That’s going to make the conversation smoother, compared to having to deal with someone who doesn’t necessarily have the experience or empathy when it comes to tech.”

Importance of CIOs during the pandemic

Lowe feels, the current environment has clearly reminded people just how important it is to pay attention to what CIOs have to say. For a long time, CIOs have been pointing to important technology investments, that haven’t “necessarily been invested in”.

“This sort of situation [COVID-19] when it gets forced upon us makes us think, well okay we’ve got to think about doing things differently,” he says. “We launched Singlife account at pretty much exactly the same time as when Singapore began to shut down for the Circuit Breaker.”

Lowe says it was an opportunity where all the company’s sales had been digitally, managed to onboard about 100 million onto the platform. There were also other products launched during this time.

“Building all of our ecosystem out and then launching it into this new world was obviously a bit of a test of,” he says. “I’d say that the outcome is the same, as if we had done all of it pre-shutdown.”

However, Lowe says the main difference is doing things in the Cloud, especially if you’re organisations technology infrastructure was “born in the cloud”.

“You have to take the sort of principles and best practices of current security standards and started from security by design. Then build it out and then assume you’re an online presence and it’s all public,” he says. “It allows you to design an architect that from day one, as opposed to perhaps a traditional player, where they’re dealing with systems that predates modern approaches.”

Lowe says organisations must have workarounds and try their best to wrap up those traditional systems with something else – which is the “exposed to the internet”.

“It becomes a little more complex [in traditional institutions] because you’ve got multiple technology generations all together,” he says.

As the world moves forward during the pandemic, Lowe says normal will look different, from pre-pandemic. While customers will move more towards digitised solutions, there will also be the need for human contact.

“For CIOs they must have a strong relationship with business stakeholders, this is important,” says Lowe.