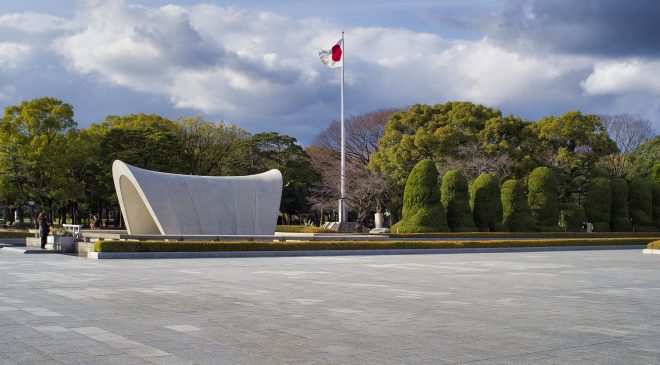 Increasing the concentration of data with one data centre provider.

The Japan Meteorological Agency has renewed three critical system to allow it to operate on the JMA Information System Infrastructure, which serves as the new central virtualisation platform for all agency-managed meteorological systems.

The systems successfully integrated onto the platform since its inception include the JMA’s regional meteorological observation system, “AMeDAS”, weather information transmission system, “ADESS”, and Ocean Information Processing System. The JMA initiated operations of the new platform system in March 2021.

By shifting key systems to the platform, the JMA plans to reduce operational load and costs and improve the speed of system development, while further strengthening its meteorological services by accelerating the use of data for disaster prevention and mitigation and improving the accuracy of weather forecasts.

Technology company Fujitsu will play a central role in the digital transformation of the JMA’s systems represents an important contribution to the accurate and rapid provision of vital meteorological and disaster prevention information.

The Japan Meteorological Agency not only collects and analyses observational data on weather, but also earthquakes, tsunamis, volcanoes, and oceans from meteorological organizations both domestically and internationally.

In addition to the AMeDAS, ADESS, and Ocean Information Processing System built by Fujitsu, the JMA has established systems for individual operations. In anticipation of possible large-scale disasters, the JMA has divided and operated its systems between two stations in the East and West of Japan.

With the growing sophistication of the technology and data-collection capabilities, however, the JMA has faced issues including increased operating costs, more complex operational management, longer development periods for new systems, and delays in adapting to the latest technologies.

To help address these challenges, the JMA introduced the central Information System Infrastructure in March 2020 to consolidate and integrate the various business systems that Fujitsu has built onto a virtualised platform. Since October 2020, each business system has been gradually shifted onto this platform, and with the completion of work to shift the three large scale systems, operations of the platform have commenced.

System Overview and Benefits of Migration

The JMA Information System Infrastructure makes it possible to integrate the operation and management system of individual systems, reduce costs, implement upgrades, and standardise security criteria to stably deliver 24 hour, non-stop operations. Because the systems are operated on the same platform, the development period for new functions and systems can be shortened considerably, and individual systems can be easily linked with others to accelerate data utilisation.

AMeDAS automatically receives meteorological observation data such as precipitation, wind direction and wind speed, temperature, and relative humidity at least every minute from about 1,300 AMeDAS stations nationwide including Meteorological Offices and Weather Stations and uses the processed meteorological observation data for issuing disaster prevention meteorological information. Shifting AMeDAS to the new platform makes it possible to flexibly add system resources in response to the increase in the amount of weather observation data due to the localization and severity of disasters in recent years, contributing to the prompt and accurate announcement of disaster prevention weather information to stakeholders throughout society.

ADESS is a system that plays a central role in the network that exchanges data with meteorological institutions in Japan and internationally, and distributes disaster prevention weather information including a variety of forecasts, advisories, warnings, and seismic intensity bulletins created by the JMA to administrative agencies and media organizations domestically. Shifting ADESS to the new platform will greatly improve the system’s data processing capacity, which is needed to increase the amount of weather observation data it can collect from AMeDAS, the tide level data general processing system, weather satellites, etc., and to improve the computing capacity of supercomputer systems, enabling accurate and flexible delivery of updated weather information.

The Ocean Information Processing System collects and processes observed data, distributes real-time information on storm surges and tsunamis, and exchanges data with external organizations. Shifting the system to the new platform will contribute to the safe and real-time delivery of data essential for generating warnings and advisories of high tides that accompany earthquakes, tsunamis, and typhoons.