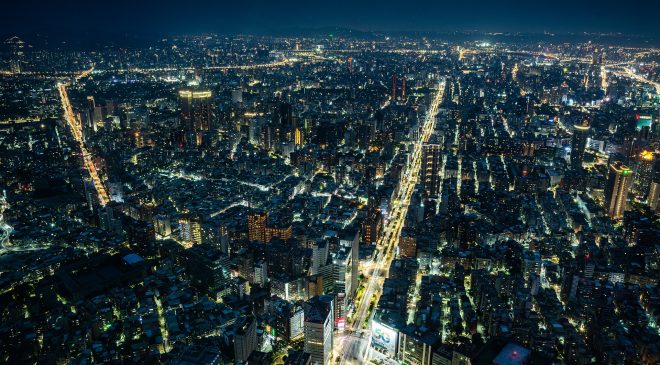 The Republic of China, Taiwan has become strategically suited to become a data centre hub in Asia.

With the continued tensions in Hong Kong, and the continued growth of data centres in Asia, Taiwan is seen as having “geographic advantages” by companies like Google and Microsoft.

According to a report by Carnegie Endowment for International Peace (CEFIP), Innovation has been a source of comparative advantage for Taiwan historically. It has also been an important basis for U.S. firms, investors, and government to support Taiwan’s development while expanding mutually beneficial linkages. Yet, both Taiwan’s innovation advantage and the prospect of jointly developed, technologically disruptive collaborations face challenges.

For one, Taiwan’s technology ecosystem has been hollowed out in recent decades as personal computing (PC), component systems, and mobile device manufacturing moved across the Taiwan Strait to mainland China. Meanwhile, Taiwan’s innovation ecosystem has struggled to foster subsequent generations of startups to replace these losses in electronics manufacturing. Despite a freewheeling startup culture, internationalisation has been a persistent challenge for Taiwan-based firms. Technological change and political challenges from Beijing present additional risks to Taiwan’s innovation future.

For its part, Taiwan’s government initiated an “Asian Silicon Valley” project in 2016, with a base in Taoyuan and an initial budgetary outlay from President Tsai Ing-wen’s administration of 11.3 billion New Taiwan dollars (US$350 million).

In September this year, CIO Tech Asia reported Google will “establish a data centre in Yunlin County, the third such facility in the country as part of its “smart Taiwan” initiative”.

According to Taiwan News, “Google has set out a vision for Taiwan that will see it elevated to the world stage, taking pride in its prowess in intelligent technologies, said Tina Lin (林雅芳), Google Taiwan’s general manager”.

Google originally announced its plan to build one or more data centres in Asia, back in 2007. The plan attracted bids from the governments of Taiwan, Japan, and South Korea, plus China and Singapore contending behind the scenes.

The costs of infrastructure, land, water, and electricity offered by Taiwan were the lowest, with the added advantage of less political intervention and interference.

In October 2020, Microsoft announced its “Reimagine Taiwan” initiative, including plans to establish its first cloud datacentre region in Taiwan and a significant investment in local talent and development with the goal to provide digital skilling for over 200,000 people in Taiwan by 2024. Additionally, Microsoft is growing its Taiwan Azure Hardware Systems and Infrastructure engineering group, which will establish Microsoft Taiwan as a hub in Asia for innovation in designing and building advanced cloud software and hardware infrastructure spanning AI, IoT and edge solutions.

The new investment adds to Microsoft’s significant and recent investments in Taiwan, including the IoT Innovation Centre, AI Research and Development Center, Startup Accelerator and the IoT Center of Excellence.

Microsoft will help customers to store data at rest in Taiwan and over 90 compliance certifications to meet a broad range of industry and regulatory entity standards, under Taiwan’s executive branch of government, the Executive Yuan. As part of Microsoft’s global commitment to be carbon negative by 2030, the company will shift to 100 percent supply of renewable energy for its datacentres by 2025. Microsoft is also empowering its ecosystem and supply chain to be more sustainable. To support customer needs for high-availability and resiliency in their applications, the new region will also include Availability Zones, which are unique physical locations of datacentres with independent power, network and cooling for additional tolerance to datacentre failures.

Connect Taiwan to the globe and make it a hub for the world’s innovative applications,” said FarEasTone Telecommunications, President Chee Ching.

Evan Feigenbaum, vice president for studies at the Carnegie Endowment for International Peace noted a particular focus is the need to foster a next generation talent pool.

“Expertise in computer and data sciences, machine learning, he said. “And other fields that could contribute to the integration of software with Taiwan’s long-standing comparative advantages in hardware.”

In its announcement, Microsoft said it plans to upskill over 200,000 people in Taiwan over the next four years, providing digital skills acquisition programs for youth, non-profits, startups and enterprises. This builds on Microsoft’s investment in local skilling programs for students, including internship programs, STEM Education, and Coding Angels. Microsoft will continue working with non-profit organisations including the Build the Future, Eden Social Welfare Associate, Taipei Orphan Foundation and Taiwan Fund for Children and Families to reskill social workers. In collaboration with leading universities, Microsoft plans to upskill business leaders, entrepreneurs, and C-level executives through the AI Business School program. Finally, Microsoft is working with industry associations to launch a series of re-skilling workshops for women, including mothers returning to the workplace.

According to CEFIP, Taiwan’s government can also do more through public-private partnerships to encourage commercialisation.

“Many university professors, especially in technical subjects, owe their research sponsorship to the government—for example, through subsidy programs of the Ministry of Science and Technology. But few have been able to respond to government entreaties to commercialise the fruits of this research.53 Fostering links between basic research funding and commercial accelerators and incubators will be essential,” said Feigenbaum. “Meanwhile, with political risk rising between Washington and Beijing, Taiwan could be an attractive locale for some of the AI and other laboratories and research partnerships that American and global companies have established in mainland China.”

He notes some of these U.S.-Chinese partnerships may erode, or even dissolve, putting Taiwan in a position to potentially pick up the ball if it enhances its own network of partnerships with U.S. corporate and university players over the next three to five years.

“Taiwan could also get a boost by continuing to follow international standards and regulatory policy best practices,” said Feigenbaum. “With competition for foreign investment intensifying, companies will compare policy environments as they weigh where and how to do business around the world. Taiwan’s legal and regulatory requirements can bolster its opportunities if it follows international best practices and advertises itself as a global centre of excellence.”