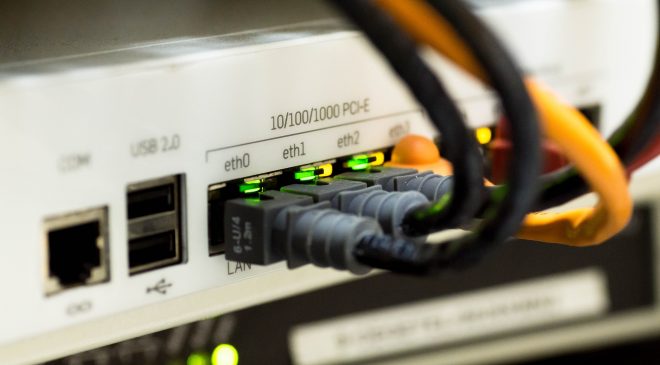 India’s networking market, which includes Ethernet Switch, Routers, and WLAN segments, witnessed a marginal 5.1 per cent year-over-year (YoY) growth in terms of vendor revenues during 1Q21. The mild growth was attributed to the relaxation of the COVID-19 restrictions in multiple parts of the country post the first wave of the pandemic.

Government was one of the key verticals that contributed to this growth with multiple federal government and state government institutions, investing in network infrastructure. However, most of these investments were pent-up demand that got deferred to 2021 due to the pandemic.

Switching business in India had a negligible 0.8 per cent YoY growth during Q1. Non-DC switching business grew 10 per cent YoY after a long gap due to the reduced lockdown restrictions and campuses starting to invest more in switch infrastructure. Government, professional services, and telecom were the key contributing verticals for switching.

India’s router market expanded by a marginal 4.7 per cent YoY. The growth in the routing segment was mainly attributed to the enterprise segment, with a substantial increase of 63.4 per cent YoY. Apart from telecom, other key verticals for routing include government, banking, and professional services.

The WLAN segment grew substantially by 17.3 per cent YoY after a long gap caused due to COVID. Both enterprise and consumer WLAN grew, through the growth in enterprise Access points were considerably low compared to consumer gateway routers. With the COVID restrictions freeing up, campuses started investing in enterprise-class access points for future hybrid work needs. Consumer gateway routers grew by 29.5 per cent YoY. However, the demand for consumer routers shrunk by 22.7 per cent compared to last quarter owing to the excess supply in the market and COVID Wave 1 situation getting better in multiple major cities.

According to IDC’s Worldwide Quarterly Ethernet Switch Tracker, the 1Q21 Ethernet Switch market in India stood at USD 133.3 million (by vendor revenue), registering a marginal YoY growth of 0.8 per cent. Lifting lockdown restrictions in multiple major cities for the most part of Q1 lead to substantial growth in the non-DC business (10 per cent growth Y-o-Y). However, the DC switching business declined by -9.8 per cent. Government verticals showed strong signs of recovery with multiple large-sized deals. These were investments that got deferred to 2021 because of the pandemic impact. Other than government professional services, telecom, and manufacturing verticals contributed to the switching revenue during Q1 2021.

According to IDC’s Worldwide Quarterly Router Tracker, the India Router market in 1Q21 stood at USD 72.5 million (by vendor revenue) with a marginal YoY growth of 4.7 per cent. Just like switching, with lockdowns being lifted in many parts of India, multiple enterprise projects that had been shelved in the previous quarters finally materialized in Q1. The enterprise routing business grew significantly with a YoY growth of 63.4 per cent. Telecom vendor investments declined by 17.2 per cent YoY, with carriers investing mainly on refreshes and bandwidth optimization requirements that were caused due to the work from home scenario. Investment from the government sector picked up during Q1 2021, making it one of the top business verticals followed by banking.

According to IDC’s Worldwide Quarterly Wireless LAN Tracker, the Indian WLAN market had a YoY growth of 17.3 per cent during 1Q21. The market stood at USD 58.3 million (by Vendor Revenue). The enterprise-class WLAN made a strong recovery of 7.4 per cent YoY and 20.8 per cent QoQ after a slow 2020. With enterprises realizing the future of work to be hybrid, there were strong investments contributed by professional services organizations during Q1 2021. Manufacturing also contributed strongly to enterprise-class access point revenues with investments from pharmaceuticals, automobiles, and industrial durables. Business from verticals like education and hospitality remained stagnant. IDC expects the enterprise-class access point investments to slow down again, with India going into the second phase of lockdown in Q2 2021.

The pandemic has also acted as a catalyst in driving cloud-managed wireless among Indian enterprises. India also saw a substantial increase in the Wi-Fi 6 adoption among enterprises over the last year.

Sudharsan Raghunathan, Senior Market Analyst, Enterprise Networking, IDC India, says, “Indian enterprises have clearly understood that the future of work is “Hybrid”. Even enterprises that were envisioning a complete work from home scenario during 2020 have started to devise strategies to bring employees back to offices safely. This will help in a quick rebound of the campus networking segment. Wireless will play an important role in contact tracing applications when employees return to offices.”

He further added, “The enterprise willingness towards Wi-Fi 6 has also significantly increased over the last year thereby propelling demand for multi-gig switches as well. With India currently facing the second wave of the pandemic, the network investments are expected to slowdown in the coming quarter. However, IDC expects the network investments to bounce back at a quicker pace from the second wave of the pandemic compared to last year.”

The Ethernet Switch, Router, and WLAN markets are expected to grow in single digits in terms of compound annual growth rate (CAGR) for 2018–2023. Increased adoption of emerging technologies such as cloud, IoT, mobility, etc., would drive incremental revenues. IDC also expects significant investments for 5G rollouts in the next couple of years.