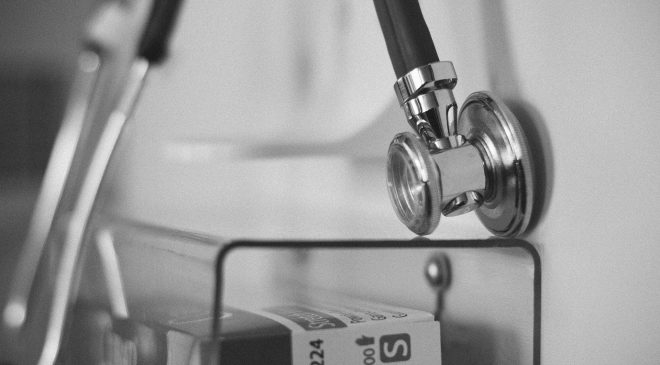 Providing equity of access to primary care, regardless of postcode

Doctors on Demand (DoD) is an online platform that bridges the gap between general practitioners (GPs) and pharmacies by providing 24/7 on-demand access to qualified Australian practitioners and prescription medications.

When DoD was founded by pharmacists John Martin and John Neilson in 2015, there was nothing else like it in the Australian healthcare sector.

Martin and Neilson had noticed many people fronting up to pharmacies lacking a prescription, but in need of medication for very common issues such as diabetes or high blood pressure, or the contraceptive pill. They knew exactly who these people were and what they needed, but as pharmacists, they were unable to prescribe the medication.

It meant that some people had to wait days or even weeks – a timeline that was often dependent on whether they were in a metro or regional area – to see a doctor and receive a prescription before being able to return to the pharmacy. DoD CEO Kirsty Garrett says this system can be a major problem in instances such as when a patient needs heart medication or if they’re managing serious chronic illnesses like diabetes and asthma.

“The whole premise of the business is quite simple. It’s about providing equity of access to primary care, regardless of postcode,” she explains. “You could be in Mount Isa or Melbourne, and you should have equal access to a quality primary care practitioner.”

With DoD, patients can book a telehealth appointment with a doctor via the platform’s website or app to discuss their health concerns or request a repeat prescription, a referral, or a medical certificate. After their online consultation, patients can conveniently collect their medication from their local pharmacy.

“It’s all done through video – we don’t use telephones – and there’s no human intervention needed other than that between the doctor and the patient,” says Garrett.

“There was just so much friction in the process of engagement between the patient, the doctor, and the pharmacy. We’ve developed that end-to-end process, and we’ve automated all of it too.”

During its formative years, DoD used Amazon Web Services to power and support its platform. However, once its software team heard about the Microsoft for Start-ups program and the benefits that it provided, they decided to make the switch. In 2019, DoD was accepted into the program and migrated all its applications to Microsoft Azure.

“We predominantly use Azure App Services and a few legacy virtual machines, all deployed using Azure pipelines,” he explains.

“There’s a cost benefit to the business by using Azure App Services to host our applications. These can be easily scaled up and back and require no maintenance.

“The ability to proactively monitor our infrastructure allows us to ensure our environment is secure and performant. During the last Christmas period, we noticed that the demand for our services had increased dramatically, and we were able to easily scale up and scale back after the demand subsided.”

Moran says Azure has several levels of advanced security that DoD can use to help manage sensitive patient data.

“Azure Advisor also keeps us updated about our security score so we can continuously monitor and improve our security,” he adds.

Growing in patients and partners

DoD has been rapidly expanding since it launched in 2015. The company’s compound annual growth rate sits at around 140 per cent, now serving more than 320,000 patients, and partnering with over 4,800 pharmacies across Australia.

“When I joined the business in January 2019, we had six doctors,” says Garrett. “We now have over 80. We had four people in our core team, and now 21. We were doing 30 consultations in a week, and we now average over 500 consults per day.”

DoD also has a growing number of business customers including Flight Centre and Allianz Partners.

“When we first entered into a partnership with Doctors on Demand, they were the most sophisticated platform on the market, and they are still at the forefront [of telehealth],” he says.

“It gives our members the option to not only have an immediate appointment, if necessary, but also get repeat prescriptions without needing a physical consultation with the doctor.

“Also, the students can just use their student number to access the platform, and they don’t have to worry about the cost. We’ve taken the whole claiming experience off the table because that relationship is between Doctors on Demand and Allianz Partners Australia. The moment they’ve got access to a policy, they can access the platform.”

Thomas says DoD has reduced the number of Allianz Partners Australia’s international student policyholders presenting at hospital emergency departments (EDs) with a GP-related illness. Furthermore, with ED presentations costing an average of $US350, Allianz Partner’s is saving roughly 70 per cent of that cost by using DoD.

Approximately 25,000 Allianz Partners Australia customers have used the telehealth platform since it became available to them in 2016. Thomas says Allianz Partners regularly receives feedback from policyholders about the user-friendliness of DoD.

“The members love the seamlessness of being able to access the platform almost immediately after purchasing their policy,” he says. “And we get lots of positive feedback about the QuickScript functionality.

“Also, the platform itself is very, very stable, and it’s thanks to Microsoft Azure. The uptime’s fantastic, it’s accessible and there aren’t any reliability issues. That’s what we hear a lot from members.”

Thomas adds that the security of policyholders’ data on DoD is “first-rate”.

A turning point for telehealth

When the COVID-19 pandemic hit in March 2020, many clinicians no longer wanted to see patients face to face unless it was necessary. Garrett says this change in behaviour was a turning point for the adoption of telehealth in Australia.

“Telehealth was the perfect platform for GPs to continue delivering healthcare and engaging with patients, but in a safe and secure setting, be it in their home or from their clinic where the doors were shut,” she says.

“It really helped accelerate our clinician acquisition. In April 2020, we had 73 expressions of interest from doctors wanting to join our service. That’s still our best-ever number in a month.

“On the patient side, the fact that the government even verbalised this thing called telehealth legitimised the ability to see a doctor on your mobile phone; that it was secure, that they were Australian registered doctors, and they were (then) providing the Medicare funding for those telehealth consultations.”

More recently, DoD has enhanced the telehealth experience for patients and clinicians through a new partnership with ASX-listed digital health company ResApp Health.

The ResAppDx acute respiratory diagnostic test has been successfully implemented in DoD’s platform and went live in January 2022. The test helps clinicians appropriately diagnose more patients with illnesses such as pneumonia or croup as part of their video telehealth consultation. It also helps them to identify which patients need to be referred for urgent clinical review.

“Basically, it’s a decision-support tool based on AI, but based on the sound of a cough into a mobile phone,” says Garrett. “Our doctors were excited when we presented it to them.

“Our arrangement with ResApp is to provide that service at no charge to our patients, and to provide all of the de-identified data around usage and adoption, and doctor and clinical feedback, as one of their pilot sites around the world.”

DoD is also in discussions with several parties overseas that have clinical infrastructure and are looking to implement an end-to-end telehealth platform.

“Our platform can be lifted and shifted and utilised anywhere, which, from an Azure point of view, is the benefit,” says Garrett.