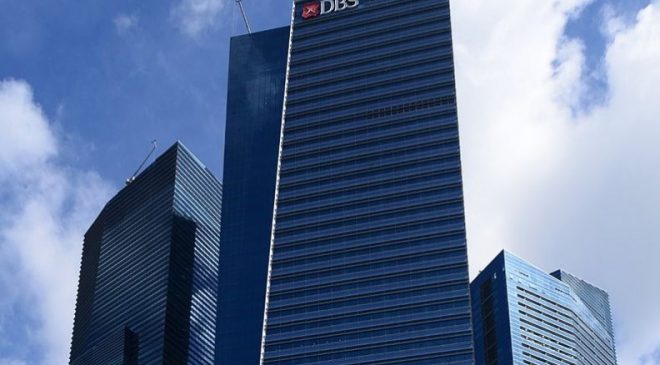 It is committed to intensifying efforts going forward

In 2018, as it turned 50, DBS told customers it wanted them to “Live more, Bank less”. Four years on, the bank continues to defy the status quo – this time, with its latest regional brand campaign, which makes clear it is more like a startup, more like a techie, more like an eco-warrior, and less like a traditional bank.

The category-defying campaign signals DBS’ belief that a different kind of bank is needed in a post-pandemic world – one that is more technology and sustainability-focused. And while this is in many ways what the bank already is today – having been ahead of its peers in transforming itself digitally since 2014 – it is committed to intensifying efforts going forward to become even more like a forward-looking tech company offering financial services, and less like a conventional bank. At the same time, it will continue to up the ante on addressing sustainability issues, having been purpose-driven from its founding as the Development Bank of Singapore, and championing stakeholder capitalism way before that was fashionable.

These commitments come amid a recognition that the world has changed irretrievably with the pandemic of the past two years. There has not just been a dramatic acceleration in digital consumption demand, but also a heightened belief that urgent action must be taken to address climate change and issues of social inequity.

Said Karen Ngui, Managing Director and DBS Head of Group Strategic Marketing and Communications: “From its inception over 50 years ago, DBS has never been bound by conventional notions of what a bank should be. Instead, we have constantly broken boundaries and reimagined banking. With Covid-19 upending economies and societies, now more than ever, we must be able to anticipate and lead change so our customers and the community at large can ‘live more, live better, and bank less’. By behaving more like a start-up, more like a techie, more like an eco-warrior, and less like a ‘traditional’ bank, we believe we can be a bank for the times – a different kind of bank for a post-Covid world.”

Being a different kind of bank

The campaign encapsulates several aspects of how DBS embodies being a different kind of bank:

DBS will be rolling out the regional brand campaign in Singapore, China, Hong Kong, India, Indonesia, and Taiwan over the next two months, starting with Singapore this week.
Prior to this, the bank had launched season two of Sparks – an industry-first online mini-series. Season two is inspired by social enterprises supported by the DBS Foundation, and how they address some of the most pressing social and environmental issues of the day. To date, season two has garnered more than 400 million views and over 20 million digital engagements across Asia. The series has won more than 10 global and regional industry accolades and was most recently recognised as a Webby Award 2021 Honoré.

Amid the pandemic, DBS also launched Portraits of Purpose, which depict real stories of hope, courage, perseverance and generosity among individuals, businesses, and communities in the face of adversity. It has garnered over 32 million views and two million digital engagements to date.

DBS has been named “World’s Best Bank” and “World’s Best Digital Bank” by multiple publications such as Euromoney, Global Finance and The Banker in recent years. In 2019, the bank was also featured among the top 10 business transformations of the decade in Harvard Business Review. In 2022, it was recognised by Brand Finance as the most valuable bank brand in Southeast Asia and among the top 40 global bank brands, with a brand value of $US8.7 billion.