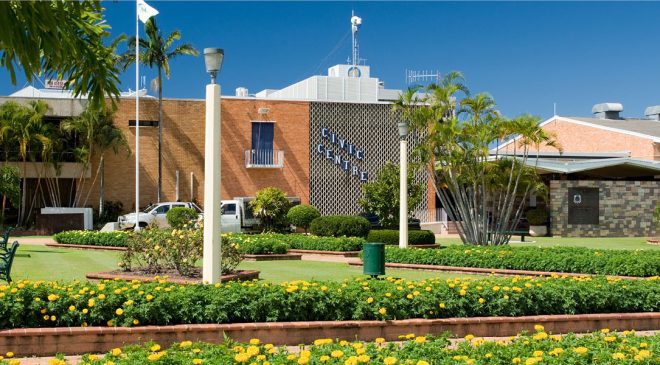 Market growth will accelerate as organisations progress their AI maturity.

Red tape is a feature of modern life – but used intelligently, modern technology can slice through the bureaucracy and make what might have been complex really quite simple.

For example, Queensland requires all dog owners to register their animals with their local council. Bundaberg Regional Council charges residents $120 per animal – but that comes down to $40 if the dog is microchipped and de-sexed.

In the past the owner would have to front up with the proof before a fee reduction could be calculated.

Now, thanks to an online application developed by the Council the process of proving that is relatively simple, with residents sharing the digital copy of vet certificates and automatically having the right fees calculated, allowing them to complete the entire process online in a much more streamlined way.

It’s a signal of things to come in Bundaberg where a team of 24 tech professionals led by chief information officer Mitch Miller is focussed on making life simpler and more efficient for the region’s 100,000 residents as well as Council’s 900 employees.

Bundaberg lies 360 Km north of Brisbane, and the Council area spans around 6,500 km². While most of the 900 staff are concentrated in three main service centres, there are offices and depots spread around the region.

Since 2019 the Council has taken a cloud-first approach to digital technology allowing the tech team to focus on more than infrastructure management while it shifts to an opex rather than capex technology investment model.

Bundaberg Regional Council has rolled out Microsoft 365 through an E5 licence which has also enhanced its security posture.

Miller says; “E5 has given us capabilities that we hadn’t realised we were lacking in terms of security. Security has been a focus for a long time, but now E5 gives us a really great platform to measure and track and respond to incidents or events.”

Council was also an early adopter of Teams to support communications and collaboration – at one stage being Australia’s largest council-user of the platform.

When Teams was launched Miller says there were few restrictions imposed in order to encourage a more organic deployment. The approach means Teams has rapidly percolated to where users felt it would have most impact, and channels established to meet specific needs.

Staff now use mobile devices to connect to one another via Teams from wherever they are working. They use Teams to celebrate successes within their work groups and people who aren’t working when a celebration or meeting takes place can catch up on all the news via Teams when they are back online.

Individual works units have also tailored Teams and set up channels that align specifically with their needs – effectively empowering them to drive the efficiencies they want rather than wait for IT to have the time to tackle a request. Bundaberg’s Waste and Recycling unit for example is using Teams and tablets to quickly communicate across multiple gate house facilities. Parks and Gardens meanwhile use Power Automate to pull data from geospatial products to publish in SharePoint via Teams.

Miller says that Teams’ messaging and the different channels provides a faster more discrete way of connecting to the different groups an employee may work with, while commonly accessed policies, procedures and pricelists are now published in Teams rather than being printed off – ensuring fingertip access to information frontline workers need to succeed.

While Bundaberg has been spared the worst of Covid-related lockdowns, it has experienced some, and has on occasion needed to offer remote working opportunities. As core systems are cloud based and Teams supports communications and collaboration, that transition proved a relatively smooth process, says Miller.

“We’d already gone to Teams and we’d already done our Microsoft 365 uplift and we presented a number of internal apps via the Azure app proxy. So it became much easier to let people use their own devices, especially if the business functions only required access to those apps,” says Miller.

When it then became clear that Bundaberg’s ageing and inflexible phone system needed to be updated, the transition to Teams Calling made sense. “Rather than try and introduce another platform or a different platform it made a lot of sense for us to transition away from phones on desks and move our phone numbers into Teams.”

It’s already delivering savings of around $80,000 a year says Miller and spared the council having to find hundreds of thousands of dollars to pay for a new physical phone system. Now, because people’s phones effectively move with them to wherever they are working, it means they are not tethered to a single location – and can always be reached.

“It’s been really well received because it was a pain point for the users. Previously, if they wanted to become a part of a group or pick up someone else’s phone, they had to ask IT to go and do work on a legacy telephone system that usually was very manual and a bit of an overhead for my team.

Communications flexibility and modern cloud foundations have freed up Miller’s team to focus on more value adding work – such as the animal registration and payment platform that was developed in house using the low to no-code Microsoft Power Platform.

“A lot of the other work we do with the Power Platform is where our residents are starting to get to experience some big improvements,” says Miller adding that it’s a new and welcome opportunity.

“Previously, we haven’t seen ourselves as able to improve a resident’s experience. We’ve been a very much internally focused team. Whereas now, we’re starting to improve our users’ experience, streamline our own processes, and make sure that we collect all the accurate data we need to without having necessarily to be face-to-face or operate only between 8:00AM and 5:00 PM.”

Miller’s team has been able to use Power Platform to develop a range of new apps and features to support staff and residents. In the case of the pet registration system Miller says that Bundaberg used Power Platform to connect the online system to its ERP that manages the payments and uses artificial intelligence to validate the documents that residents upload. “So we validate the de-sexing certificate and the microchipping certificate, and we use them to change the calculations of the payment of the form before it’s even submitted.”

In the past the customer service and animal registrations team had to do all the checks and calculations manually.

Bundaberg is also using Power Platform to streamline works management requests. Instead of an employee manually trawling the ERP for any incoming requests before then scheduling a job, a Power App has been developed which automatically identifies a request and sends that to the work management system and then closes the loop when the job has been completed.

For example a customer could fill an online form and, based on the response, could use the Power Platform to land the data into the correct request category of its customer request management system. Council can then use Power Automate to raise a corresponding ticket for those using the works management system.

Miller says; “Obviously we get increased fidelity of the data that we’re transitioning between systems.

He is also keen to use Power Platform and Power BI to streamline reporting.

Not surprisingly there’s rising demand for new apps and functions. “We’ve currently got a backlog of about 70 new initiatives that would be in some way a Power BI dashboard or a Power App or an integration between systems – all efficiencies focused,“ he adds.

One recently created feature allows employees to use their phone to take a photo of a receipt and automatically include that with their expenses claims.

Miller also expects Power Platform to play a key role in the modernisation of Bundaberg Regional Council’s customer portal which will allow residents increasing opportunities to self-serve, improving their experience and driving efficiency.