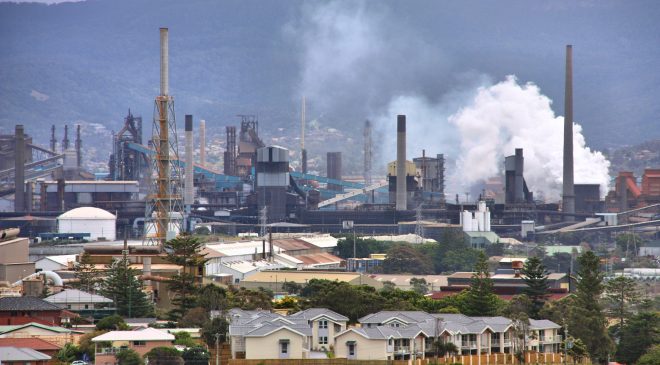 The past two years have posed considerable challenges for the Department.

The Western Australian Department of Communities brings together vital services and functions to support individual, family and community wellbeing across the State. Its portfolios include child protection, community services, disability services, housing, prevention of family and domestic violence, remote Aboriginal communities, and seniors and ageing. It is also leading the State’s social recovery from the COVID-19 pandemic.

The past two years have posed considerable challenges for the Department, including the need to continue providing its essential services throughout the pandemic and any lockdown periods.

“We needed a significant shift in focus when the pandemic hit because we have always offered largely face-to-face services,” says Peter Byrne, the Department’s Chief Information Officer.

“Our child protection staff are considered critical workers in the same way that police and nurses are, so we needed to find ways that they could communicate with families. We had to have a lot more of an online presence to be able to do our work.”

The Department was also during moving 1,600 staff to its new head office in Fremantle’s Kings Square. However, its existing on-premises telephone systems weren’t flexible enough for staff to use remotely.

The Department needed a modern, unified communications platform integrated into a single application so that employees could collaborate effectively no matter where they were working from​.

According to Director of Infrastructure Services, Nathaniel Witt, the Department of Communities wanted to leverage its existing investment with Microsoft. And, given staff were already familiar with the Microsoft Office suite, the adoption of Teams was “a no-brainer”.

The Department engaged Microsoft partner Empired and its specialist engineers to complete a staged roll-out of Microsoft Teams Phone, which began in 2020.

“Initially, we undertook a pilot [of Teams Phone], which was successful. This was followed by some production hardening and testing, and then a limited roll-out to the IT Team, followed by a roll-out to staff moving to our Fremantle head office,” he explains.

“That went so well that we’ve rolled out Teams Phone to the rest of our offices that are involved in child protection and family support services, because they were using a legacy Avaya phone system that needed to be replaced.”

About 3,300 of the department’s 6,500 employees are now using Teams Phone onsite and remotely, with the remaining staff still using a Cisco telephone system. Witt expects Teams Phone to be deployed across the entire Department by the end of 2023.

The Department has also deployed Microsoft Teams Rooms across 170 meeting spaces at its various offices, including 30 meeting rooms at its Fremantle campus. Witt says this number is set to climb to 250 in the next six months.

“The meeting rooms at our Fremantle office primarily use Crestron-based hardware, which is certified for Microsoft Teams, and our new office in the city is also primarily Crestron,” he says. “We’ve also been rolling out Teams Rooms to some of our other branch offices, and we’ve been primarily using Poly certified solutions for those.”

Well worth the investment

The WA Government has invested more than $1 million in the Department of Communities’ communication modernisation project. Witt says that while it has been a substantial program, the communication and productivity benefits of Microsoft Teams significantly outweigh the costs.

“The soft transfer feature is something that we use a lot on Teams Phone,” he says. “For example, if someone takes a call on Teams directly at a branch office and they need to transfer to a specialist, they use that feature.

“We also use things like the group hunt feature to call people simultaneously or sequentially. And there’s also an interactive voice response function, which is set up like a menu so people can dial in and get a choice of options.”

Witt says the deployment of Teams has also fostered better collaboration between groups of employees from different business units within the Department.

“That has been huge. We use it to share documents with internal working groups and external parties, and for projects and project boards,” he says.

Byrne notes that employees don’t need to be specialists in videoconferencing or telephony to use the Department’s new technology.

“They can walk into any of the meeting rooms, press ‘join’ and it fires up basically every time,” he says.

“We’ve got massively varying levels of digital capability across 6,500 staff, from people working with children in residential facilities right up to the executive. So, we want the experience to be as intuitive as possible.”

The user-friendly meeting room technology has also improved the interactions the Department’s frontline workers have with the courts and families.

“Our child protection workers need to appear in court from time to time in relation to the children in our care,” Witt says. “That’s something where our frontline was previously using a legacy system to do that, which was a lot harder to use and integrate with other videoconferencing platforms.

“We’ve been switching over the branch office to Teams Rooms, and that’s become a much simpler process for them.

“In other situations, they might have a family member and an officer from the Department at one of our branch offices, and they need to talk to another family member. By giving them the meeting room technology, it just makes that whole experience a lot easier to have on a big screen and with proper audio, rather than just huddling around a laptop.”

Its Crisis Care contact centre, which uses the Genesys PureCloud system, was able to easily integrate Teams Phone so it can transfer calls between the two platforms.

Furthermore, the Department is starting to leverage several capabilities within Microsoft Power Platform, including Power Automate and Power Apps, to automate workflow processes such as financial transactions.

“There are a lot of integrations with Teams for that as well,” Witt says. “So, it really reinforces that we’ve made the right decision with the platform approach.”

“It’s all about making use of what we’ve got now with the investment we’ve made in Microsoft.”