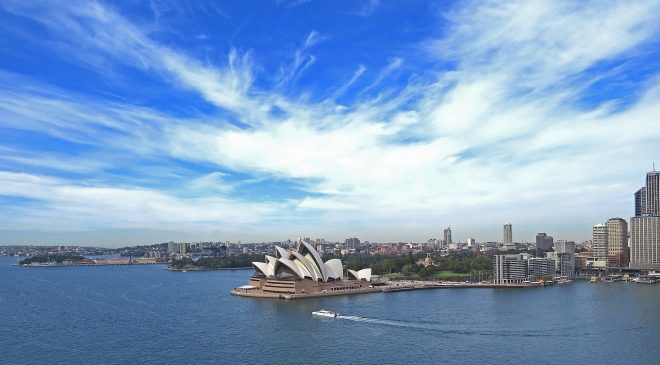 When it comes to business planning and reporting, organisations need to be able to show what they’ve delivered and clearly articulate their strategic direction. Achieving this requires ready access to reliable data, and the ability to drill down into metrics to provide richer insights.

This is particularly crucial for organisations such as Local Land Services (LLS), an Executive Agency of the NSW State Government. The regions-focused NSW Government agency helps farmers, landholders and the wider community make better decisions about the land they manage. It also helps rural and regional communities become more profitable and sustainable.

LLS operates in 11 regions across NSW, which means it has 11 different strategic plans that feed into a state-wide strategic plan. And the agency’s 1,073 employees are spread across 110 towns and cities.

According to Emily Kearns Business Partner Strategy and Performance at LLS, the agency was using multiple disparate systems to manage business reporting and planning. This resulted in data that was inconsistent and unreliable and took a long time to collate.

“There’s a lot of moving parts in our framework, achieving central oversight and the ability to see how we were delivering on our strategic plans was always challenging,” she explains.

“If we were ever audited or we ever needed to deliver something to Treasury, there were a lot of spreadsheets, there was a lot of paper, and there were a lot of files that we had to go digging through to find out what we were delivering and how we could prove that.”

LLS engaged Microsoft partner Sentient Dynamics to design and build a business evidence and reporting tool (BERT) that guides staff at LLS through the planning and reporting process and helps align the agency’s state and regional strategies.

The first version of BERT was built for the agency’s Northwest region, which assists farmers and landholders in several areas such as controlling weeds and invasive species, and monitoring travelling stock reserves.

“We have notifications and approvals in Microsoft Teams being triggered through Power Automate Flows. And then we integrated Microsoft SharePoint, which is used to store all the evidence files,” he says.

James Diekman, Principal Consultant at Sentient Dynamics, adds: “One of the reasons for building the solution initially in Dataverse and Teams, and using as many Microsoft tools as possible, is because LLS already had an existing investment in Microsoft [technology] and was familiar with those tools. So, we were able to get engaged and spin up a solution quite quickly.”

Sentient Dynamics built the solution in just three months and implemented it for the agency’s Northwest regional division in July 2021.

Dale Kirby, Team Leader for Agriculture at LLS across the Northwest region, says BERT has saved approximately 45 days per year for data gathering, and around 10 days per month for generating reports.

“It alleviates all of the multiple reporting channels that we have been putting data together for,” he says. “We could have an annual report by calendar year and then another annual report by financial year, and that would change the data. So, we would be going back to spreadsheet-based data collection to then slice that data to give accurate reports for each of those different cadences.

Kirby says BERT provides operational staff at LLS with a clear picture of their day-to-day responsibilities and how they contribute to the agency’s overall strategic direction.

“It captures all of our evidence, which just makes us that much more audit-ready than we had been previously,” he says.

“BERT also gives us what is effectively a lightweight CRM to track how we’re engaging with customers, because that is a key state metric for us. It gives us much more visibility over where we were getting enquiries, which we can then report on and rejig our strategic priorities accordingly.”

LLS and Sentient Dynamics are set to roll out an upgraded version of BERT to all regions in April and May 2022. It will offer improved scalability and more integrations into other applications and systems the agency is using.

“We haven’t really seen what BERT can do at a state scale across the organisation,” says Kearns. “That’s where we’ll get some real value in driving organisational improvement – by delivering savings and efficiencies around how we are delivering on the outcomes in our strategies.

“We’d like to see the regions using BERT initially to put their business plans in and commence reporting on state-wide metrics. And then we could see future modules embedded from other platforms such as risk and finance down the track.”

Kirby adds that the roll-out of BERT to multiple regions will help LLS identify any overlap in business planning.

“We have 11 different regions that all might be doing something different, or there could be similarities where we can work closely together,” he says.

One of the recent challenges that LLS has helped farmers and landholders in NSW overcome was a mouse plague, which began in mid-2020 and continued into 2021 following a period of increased rainfall and crop growth.

“Climatic conditions were just ideal for mice population building across all of NSW,” says Kirby. “We were starting to see mice impacting on crop production in various parts of NSW, and we wanted to make adjoining landholders aware of where that damage was occurring, so that they were better able to implement control strategies at an early point in time.

“We also wanted to be able to report back to the public and to government to make them aware of the scale of the damage that was occurring across NSW.”

However, Kirby says it was an onerous process to collate that data and present it to the public.

“It was taking one staff day per week to collate all of that information together, so we wanted to create a platform that allowed the public to report that data and then be able to visualise that data quickly.”

Once again, LLS engaged Sentient Dynamics to build a solution that allows farmers and advisers to report their mice damage quickly and easily to a central, secure location.

“We took a simple approach. It’s a Microsoft form that stores data into a SharePoint backend that’s connected to a Power BI dashboard. So, it’s a lot simpler than BERT – there are no Power Apps involved,” he explains.

“We’re using Power Automate to take the form responses and save those in a SharePoint list. And then the SharePoint list can be directly connected to the Power BI dashboard, and the dashboard is set to refresh regularly.”

Since going live in July 2021, the mice reporting solution has recorded almost 200 entries.

Kirby says the solution provides easy, public reporting on the severity and spread of damage across NSW. This allows farmers, advisers, suppliers, and the government to be more informed and better able to reduce the impact of mice.

“The form itself saves about the same time, and the key benefit is that the data entry is open to anyone, allowing for an integrated approach to pest management.”

Kirby has also been fielding requests from other teams within LLS to understand how the platform could help farmers and landholders manage locust plagues.

“While a system hasn’t been built for that at this point, we’ve had indications from my counterparts who are saying, ‘Yeah, this would be suitable for us going forward’,” he says.