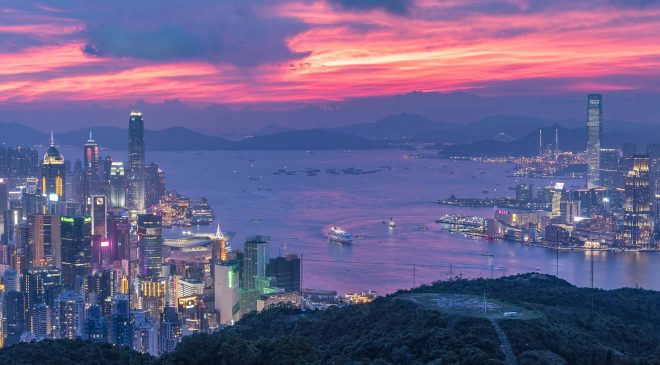 The Science Park, launched in 2002 by the government of the Hong Kong.

The Hong Kong Science Park, the city’s high-tech hub, welcomed Chinese President Xi Jinping for a visit during his busy two-day trip to attend celebrations for the 25th anniversary of Hong Kong’s return to China.

The Science Park is the largest research and development (R&D) and business incubation base in Hong Kong, housing more than 1,100 enterprises and 17,000 innovators.

Among them are SenseTime, an artificial intelligence (AI) giant, which is the only company from the Science Park listed on the Hong Kong Stock Exchange, and Da-Jiang Innovations (DJI), a world-leading commercial drone maker.

The Science Park, launched in 2002 by the government of the Hong Kong Special Administrative Region (HKSAR) to promote scientific and technological development in the city, also accommodates top-level laboratories with advanced scientific research equipment.

So far, it has 28 R&D laboratories jointly operated by world-class universities and research institutions with locally based universities in Hong Kong.

With a total floor area of 400,000 square meters and 23 well-equipped buildings as of March 2021, the park is still being expanded to increase its R&D space.

During his inspection tour of the Science Park, Xi said the country holds high expectations for Hong Kong.

He said China has written its support for developing Hong Kong into an international innovation and technology hub in its 14th Five-Year Plan (2021-2025). Released last year, the plan serves as the blueprint and action agenda for the social and economic development of the country in the next five years.

In recent years, with the support of the central government, Hong Kong has leveraged its own advantages to make remarkable achievements in basic research, talent cultivation, and development in the innovation and technology sector, Xi said.

In 2021, Hong Kong ranked 14th on the global list of most innovative economies, according to the Global Innovation Index (GII) released by the World Intellectual Property Organization (WIPO).

The HKSAR government should give full play to the role of technological innovation in supporting and leading economic development, Xi added.

During his exchanges with the academicians, researchers, and youth representatives of innovation enterprises at the Science Park, he called on Hong Kong to better cooperate with mainland cities in the Guangdong-Hong Kong-Macao Greater Bay Area (GBA), strengthen the collaborative development of enterprises, universities, and research institutions, and strive to build the GBA into a global highland for scientific and technological innovation.

The GBA is comprised of the two special administrative regions of Hong Kong and Macao, and nine cities in the neighbouring Guangdong Province. The total area is around 56,000 square kilometres and covers around 6 percent of the Chinese population.

Shao Xinyu, Chinese vice minister of science and technology, said the innovation capabilities of the GBA have been increasing continuously.

In 2021, the R&D expenditure of the nine cities in the Pearl River Delta region within the GBA topped 360-billion-yuan, accounting for about 3.7 percent of their GDP, according to Shao, compared with the overall national level of 2.44 percent.

The number of high-tech enterprises in the area reached 57,000, and that of patents granted reached about 780,000, of which more than 100,000 were invention patents, he said.

In the list of the world’s top 100 geographical innovation clusters published by WIPO annually, the Shenzhen-Hong Kong-Guangzhou cluster ranked second for the past two years in a row.

China’s Ministry of Science and Technology (MOST) has rolled out a series of measures to support the scientific and technological development of Hong Kong and Macao to promote their further integration into the national innovation system, according to Dai Gang, director of the International Cooperation Department at the MOST.

The ministry also put forward measures to support young people from Hong Kong and Macao to pursue careers in innovative industries and start their own businesses on the mainland.