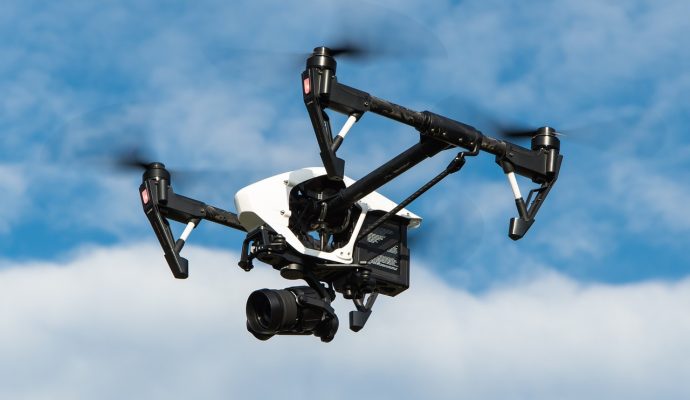 The drone helps reduce the costs of rice production

As a more cost-effective tool, XAG agricultural drones become the “new favourite” of Vietnamese farmers to grow rice. Drone can spray pesticides, spread fertilizers, and sow seeds directly by using a mobile phone to operate. Its versatile application and full automation are reshaping how rice is farmed, helping growers reduce labour costs, cut down the use of agricultural inputs and improve yields.

Le Thanh Nguyen, a 62-year-old farmer who was born and raised in Tam Nong District of Dong Thap Province, now turns his 7 hectares of rice farm with XAG drones. He had been farming in a traditional way for over 40 years since he was 15 though, is open to the new technology. He is one of the earliest farmers to adopt agricultural drones in rice production and a dedicated follower of drone solutions.

The new favourite of farmers

Vietnam is the world’s second largest rice exporter with 6.24 million tons exported in 2021, making great progress on productivity and output. Its rice production is primarily supported by small-scale farmers with over 65 per cent of households cultivating under 5 hectares. However, as urbanization and the rising price of fertilizers keep up pressure, Vietnamese farmers must cope with the lack of labour force and higher cost of production, with some of them choosing to cut the scale of rice farming.

Whenever the busy rice season comes, Le Thanh Nguyen in his 60s was quite frustrated with the shortage of agricultural labour. The farm workers were supposed to come in the early morning to sow seeds for his rice field, but very often they arrived at the late afternoon. By that time, the seeds had germinated, and the shoots were easily broken during spreading and therefore caused yield loss.

Even though the workers did come on time, Le were still not satisfied about the result of seeding by hand or spreader, because these operations were far from precise and could not reach an ideal plant density. By doing the calculation, it seems the labour cost outweighs the benefit. Le is just one of the many farm owners in Vietnam who are facing the stress of making a profit from their fields, which has urged them to find a solution and take aims at drones.

Like many others, Le used to have difficulties hiring workers for manual jobs in terms of their low productivity and high labour cost. In 2021, when he first learned about the agricultural drone during a family trip, he decided to gain more information about this machine. After XAG’s local partner DigiDrone gave Le a full introduction and trial about the drone’s functions, he decided to involve drone services in his farm.

A versatile drone to boost efficiency

At the Mekong River Delta, rice is planted and harvested three times a year. Traditionally, rice farming relies on pesticides at different stages to ensure the rice is protected from pests and diseases, while fertilizer and nutrient solutions in high amount are required to boost crop growth. An expected rice output suggested a considerate investment in not only agricultural materials but also the manual labour to conduct the tedious farm work.

Le Thanh Nguyen has applied the XAG drone to crop spraying, fertilization, and direct seeding, which turns out to be precisely distributed on crops and lead to higher rice yield.  “The drone eases the burden and greatly improves the efficiency. In the past, I had to pay 4 workers to carry and spread 1 ton of fertilizers on my field from 6 am to 2 pm and they were exhausted,” he said.

Weather conditions could also affect the autumn-winter rice season, when most of the manual operations had to be delayed because of rains and winds. Now with the latest XAG P100 agricultural drone, fertilizing one ton only takes an hour to finish with even spreading results.

“Also, the drone has benefits of large-volume, uniform distribution, and high spray penetration, which can help me with better pest control and nutrition management. When feeding nutrients to the rice seeds sown, 100 per cent absorption is achieved by drone spraying whereas only 6 or 7 seeds out of 10 can take in the nutrition if spraying manually,” Le said.

Reduce the costs of rice farming

In addition to efficiency, what drives Le Thanh Nguyen to adopt drone technology is the reduction of cost. The shortage of labour, especially seasonal workers, has become a common problem and pushed up the labour cost in agricultural production. The employment of Vietnam agriculture was reduced from around 49 per cent in 2010 to 36 per cent in 2020, and the price of hiring agricultural workers was reported to increase by up to 40 per cent compared to three years ago.

Le explained that ordering drone service from the local pilot team offers more value for money than hiring workers. This not only helps him save the bundle cost of manual labour including their wages, fees for coffee, meals, and transportation, but also greatly reduces the crop inputs such as seeds.

“For 1 hectare of rice field, it only needs 120kg seeds to sow by drone but 150-200kg should be spread manually for the same estimated output. Spreading by hands or traditional sowing machine is likely to result in crop damage and waste of seeds, leading to a yield loss as well as profits. By using the XAG agricultural drone for aerial seeding, such a situation is improved dramatically,” said by Le.

Apart from the technological benefits, the crop protection service provided by DigiDrone is endorsed by Le. Carefully listening to the suggestions of Le based on his years of knowledge as farmer, the young pilots simply set parameters on the phone and adjust how the drone works. This makes him feel being well served as a customer.

As the agricultural drone from XAG gains more attention in Vietnam, the number of farmers using drone for autonomous operations will be increasing. Its efficiency, precision, and cost-saving technology, along with the quality of the service, would be the key factors for drones to scale up in rural areas.