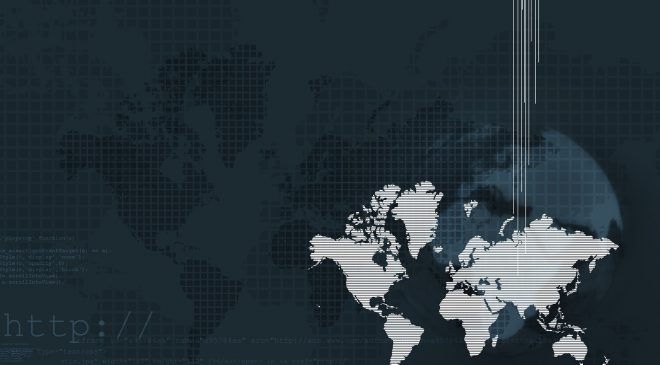 Concerted effort by the Singaporean Government over several decades to invest in digital capabilities and initiatives.

Singapore has scored one of the highest ratings for digital readiness in Cisco’s Global Digital Readiness Index 2019. While many countries have made significant strides in developing various components of their economy that support digital maturity, no country scored perfectly for any component, and only Singapore scored higher than 20 out of a possible maximum score of 25.

A country’s digital readiness score broadly mirrored its overall economic development, with countries in the earliest Activate stage primarily found in Africa, while those in the Accelerate stage could be found all over the world, especially in emerging economies. Countries in the Amplify stage generally represented developed economies in North America, Europe, and Asia Pacific.

Covering a landmass of just 722 square kilometres, the Republic of Singapore leapt into the lead position for overall digital readiness, thanks in large part to a concerted effort by the Singaporean Government over several decades to invest in digital capabilities and initiatives. Singapore ranked highest of all countries for Business and Government Investment, fourth for Ease of Doing Business, and fifth for Technology Infrastructure.

Despite its small area, Singapore is home to 5.6 million people, and boasts the third highest GDP per capita, and places highly for life expectancy, and education. What sets Singapore ahead of other nations, however, is its government’s strategy for becoming the technology hub of Asia. It initially focused on attracting global technology companies to make Singapore their regional headquarters through a combination of low taxation and heavy investment in technology infrastructure, and more recently that attention has focused more on direct investment in infrastructure and research initiatives. The Singaporean Government has made a commitment to maintain spending on research and develop at one percent of GDP, which includes S$19 billion for scientific and technological research as part of its Research Innovation and Enterprise 2020 plan. The Singaporean Government was also one of the first to adopt an e-government strategy and is expected to invest US$1 billion in smart city initiatives in 20191.

Australia also remains among the forefront of digitally transformed nations, with a score of 17.89 out of a possible 25, in a report that examined 141 countries around the world (Cisco Global Digital Readiness Index 2019). Australia retained its global ‘Amplify’ status, ranking 12th in the Index of digitally ready nations, following Iceland and Luxembourg, and among the United States of America, Singapore, and European nations.

While Australia remains a digital leader, well positioned for the ongoing benefits of digitisation, the results showed that more investment is needed to build societal resilience. Examination of the research at a state and territory level tells the story of an ongoing digital divide and the need for continued and increased investment to build a more digitally inclusive society.

“It describes the level of capability that a society possesses for extracting value from digital technology and its capacity to share those benefits equitably,” he said. “Understanding our digital readiness at a country, state and territory level provides further understanding and supports decision making in key areas where further investment or acceleration of capabilities may be required.”

According to Boal two years later the value of those investments has been repaid many times over and has provided Australia with a robust and comprehensive digital capability that has been essential for navigating through the COVID-19 crisis and building economic recovery post-pandemic.

“However, it is important that we don’t become complacent with Australia’s digital readiness. The report highlights the need for accelerating new investment with a focus on improving Australia’s global competitiveness and bridging the divide between states to build further societal resilience,” he said. “Digitally advanced countries such as Singapore, which ranked first in the global Index, should help Australia to set the ambition for its digital readiness.”

In 2017, Australia scored highly across all seven components of digital readiness and ranked in Amplify group with an overall score of 17.34 out of a possible 25. This placed Australia among global leaders including the United States of America, Singapore, and numerous European nations, and demonstrated Australia was well positioned to enjoy the ongoing benefits of digitalisation. In 2019, Australia’s digital readiness score increased from 17.34 to 17.89 out of a possible 25 points.

However, while Australia retained its global Amplify ranking in 2019, its ranking fell two places to 12th. This outcome should be seen in consideration of two countries added to the global list – Iceland and Luxemburg – as both had scores that placed them higher in the Amplify category. Without their inclusion Australia’s score would have been sufcient for it to retain its 10th place ranking. It is also worth noting that the 2019 results saw Singapore advance to the number one position globally, overtaking the United States, which dropped to third position with the inclusion of Luxembourg in second place. This was again despite the United States maintaining its score across most components of digital readiness. These results clearly show the highly competitive global environment and the importance of continued investment to retain and develop Australia’s overall state of digital readiness.

Creating a digitally ready society requires a holistic approach across multiple components, from meeting a citizen’s basic needs and improving their education to creating a thriving business and start-up environment and investing in advanced technology infrastructure. Critical amongst these is the need for a vibrant, creative, and technologically sophisticated workforce to provide both the consumers and the creators of the technological innovations that can take a nation forward. The value of being a digitally ready nation is immediately reflected in the strong correlation that leading nations show against other indicators such as GDP per capita and environmental outcomes.

Digital technology has a strong role to play in advancing society on a global scale, and that no one should miss the advantages of the digital age simply because of where they live.