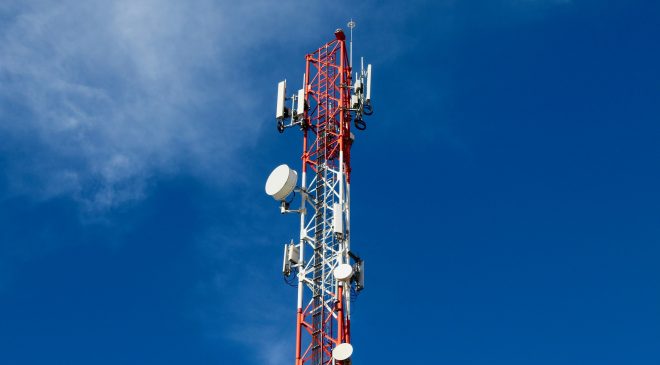 The Department of Information and Communications Technology (DICT) Philippines, together with other government agencies combining their efforts and initiatives to improve information and communications technology (ICT) infrastructure landscape, as the country continues to adopt to the New Normal.

The need for an improved ICT infrastructure in the Philippines is still one of the major concerns of the Government during this public health emergency as the demand for Internet connectivity surged among businesses, industries, students, workers and the larger public.

In view of this, the Department is focused on promoting faster telecommunications tower build-up through reducing tower permitting requirements.

Back in July 23, 2020, the DICT, Anti-Red Tape Authority (ARTA), along with other concerned agencies released a Joint Memorandum Circular (JMC) which aims to streamline the process of applications for the requirements, permits, licenses, clearances, certificates, and other necessary documents for Independent Tower Companies (ITCs) and telecommunication companies (telcos) to construct Shared Passive Telecommunications Tower Infrastructures (PTTI) in accordance with the DICT’s Common Tower Policy.

The Department of Human Settlements and Urban Development (DHSUD), a signatory in the JMC, stated on August 28, 2020 that it has updated the guidelines for permit and documentary requirement application for ICT infrastructure projects, including permits to build towers.

These revised guidelines are contained in the DHSUD’s Department Order (DO) No. 2020-009 otherwise known as the “Revised Locational Guidelines for Base Stations and Other Infrastructure for Cellular Mobile Telephone Service, Paging Service, Trunking Service, Wireless Local Loop Service, and Other Wireless Communications Service.”

The provisions would allow telcos and ITCs to streamline the consent of the homeowners associations (HOA), building owners, and concerned tenants’ consent in their application for permits, allowing for an expedited process in keeping with their commitments under the JMC.

Instead, for ICT facilities to be built in privately-owned land within residential subdivisions, the responsible officer of the company can submit a written certification executed under oath that states that there is no other available or suitable site within the coverage area and that the location is the best fit for connectivity purposes.

The company should likewise submit an undertaking that promises the conduct of social preparation among the affected homeowners.

Other documentary requirements are still in place; however, the Legislative branch has also taken notice of the pressing need for enhanced ICT infrastructure and is looking into possible solutions.

The Senate is also open to the possibility of suspending tower permit requirements for telcos altogether for three years, in accordance with the government’s planned supplementary pandemic measure, Bayanihan to Recover as One Act or “Bayanihan 2”.

These proposed provisions aim to suspend select tower permits, except the building permit.

In relation to these efforts to ease permitting requirements, the Department launched an online portal which can be accessed at https://commontower.gov.ph/ to facilitate the digital application and registration of interested ITCs.

Presently, the DICT has received letters of intent from thirteen additional tower companies who wish to register as ITCs. This was a welcome improvement to the Department’s existing agreements with the twenty-four tower companies, which are mostly foreign owned.

“These inter-agency efforts are initiated with the recognition that ICT infrastructure improvements need to begin with the reduction of bureaucratic red tape that has long interfered with our mission of improving Internet connection in the country,” DICT Secretary Gregorio B. Honasan II said.

“With everyone stepping up, we hope to fast-track the build-up of telecommunication towers in support of President Duterte’s directives to fully address the Filipinos connectivity needs,” he added.

While the Philippines Government is determined to upgrade the countries ICT infrastructure, it has come with some criticism.

In an article by Reuters, recent entrant into the Philippine telecoms DITO Telecommunity has had its Chinese state investment association criticised by various factions the country, after the Government allowed the telco to to erect towers on military land for its PP$5.15 billion entry into the market, which includes 5G technology.

The consortium was the only qualified bidder in a 2018 license auction that followed months of Duterte saying he had offered China a spot in the Philippines’ telecom sector. China Telecom owns 40 percent of DITO, the rest is owned by a billionaire tycoon close to Duterte.

Lawmakers have complained DITO could be a “Trojan Horse” for spying, including on a military allied with the United States.

DITO has responded by saying the concerns were “truly misplaced” and its equipment to be installed won’t be at military camps to be used for spying.