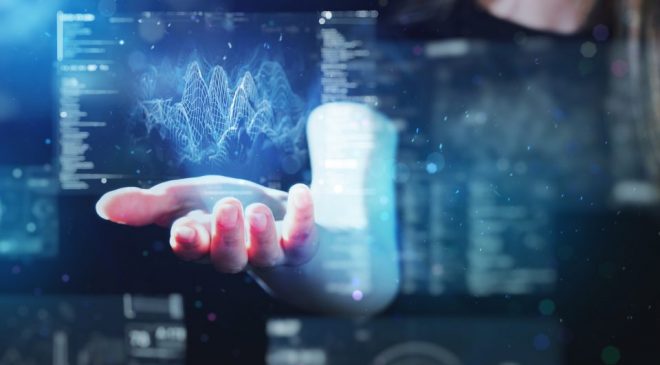 The application of AI technology in the networking field, has many challenges.

Microsoft has set up OpenNetLab, an open networking community and platform in collaboration with multiple universities in Asia, including academia from China, Korea and Singapore.

OpenNetLab is a network research community project. Its aims to promote the application and development of artificial intelligence (AI) in networking research by providing researchers with a universal distributed network testing platform and real network evaluation datasets. Ultimately, they hope to create a healthy and sustainable networking research ecosystem.

The applications of AI in fields such as vision, speech, and natural language are in full swing. These applications are constantly developed and changed at the upper level, requiring the solid support of network architecture to be realized. Tapping into the potential of AI to improve networking research has become a focus in both academic and industry circles.

However, the application of AI technology in the networking field, however, has many challenges. The training and verification of AI network models require a great amount of data. While network data with representative values can improve the accuracy and applicability of models, it is difficult for researchers to obtain real and large-scale network data.

With the diversity of network structures and the heterogeneity of devices and communication methods, the one-time, off-line training model is far from sufficient to serve various scenarios. Yet, the reinforcement learning that is suitable for this has high requirements for training environments and scenarios.

In response to these challenges, OpenNetLab will provide network dataset of different regions, forms and scenarios collected from distributed nodes, and a distributed networking platform to train and verify networking models, so that researchers can focus on AI algorithms and models.

Microsoft Research Asia is planning to build over 40 distributed heterogeneous nodes across Asia together with its partner universities. Each node will consist of components such as servers, laptops, and smart devices, and will provide wired network, wireless network, 4G/5G mobile network access capabilities; standardised APIs for data storage, aggregation, and sharing; as well as automatic tools for AI model running, training, and verification. Currently, the platform has completed the construction of multiple nodes and small-scale deployment testing and is gradually entering the large-scale testing phase.

This platform not only provides experimental resources for colleges and universities, but also brings relevant course teachings and experiments closer to real-world network applications. To date, multiple partnering universities have already launched related research based on this platform.

OpenNetLab’s dataset is set to be released on GitHub as well, providing increasingly rich training data and verification data to the broader networking research community. The platform’s nodal coverage area will also be expanded beyond Asia, and the OpenNetLab community will continue to actively pursue collaborations with research organisations and researchers in the fields of networking, multimedia, AI etc. to further networking developments in the region and beyond.

Kaigui Bian, an associate professor in the Department of Computer Science and Technology at Peking University, shared, “The Internet’s factors of uncertainty and randomness make it difficult for researchers and developers to predict changes in the network. The OpenNetLab platform not only helps researchers accurately capture, in real-time, the patterns of change of network service and experience quality for Internet applications, but also provides an objective and unified reference for the development and optimization of business applications including video conferencing and virtual learning.”

Chen Tian, an associate professor in the Department of Computer Science and Technology at Nanjing University, added, “The OpenNetLab platform is of vital importance for research of next-generation multimedia transmission protocols in Wide Area Networks (WAN). Through real experimental platforms and measurement data, the OpenNetLab platform can greatly reduce the experimental threshold for new entrants into this field and establish a credible evaluation benchmark. We look forward to working with Microsoft Research Asia to build more nodes for the platform that will cover a greater number of typical network areas and access scenarios. This will eliminate the gap between academic research and industry application of WAN by providing sufficient credible resources for protocol research.”

Fengyuan Ren, a professor in the Department of Computer Science and Technology at Tsinghua University, said, “OpenNetLab provides an excellent platform for universities and scientific research institutions around the world. Now, researchers can evaluate research results in a real network environment. At the same time, they can organize and conduct related teaching experiments on a real network. We believe that the continuous growth and expansion of the OpenNetLab platform will have a transformative impact on research and education in the computer network field.”

Bingsheng He, an associate professor in the Department of Computer Science at the National University of Singapore, said, “I hope this open research project will have a positive theoretical and practical impact on the community. Specifically, with the available datasets in OpenNetLab, we are interested in evaluating our open-source machine learning systems, such as G3 for graph neutral networks, and investigating new machine learning systems. There are massive research opportunities and a great level of potential impact when conducting real-time predictions in network traffic. I am looking forward to deeper and broader collaborations with the researchers in OpenNetLab.”

Byung-Gon Chun, an associate professor in the Computer Science and Engineering Department at Seoul National University, said, “OpenNetLab is an important milestone in boosting open research in networking. To test new innovative ideas in labs requires a global testbed like OpenNetLab. OpenNetLab will enable new research on global-scale networking services, protocols, and infrastructures. Furthermore, it is a great asset for teaching students about the realities of networking. Students will be able to deploy their systems to test their ideas in class. I am very pleased to see that researchers in Asia are getting together to start this endeavor, and I am happy to be a part of this effort. I hope that we will work together actively to pioneer a state-of-the-art networking with OpenNetLab.”

KyoungSoo Park, an associate professor in the School of Electrical Engineering at KAIST, said, “The OpenNetLab project provides a timely opportunity to develop innovative new ideas for future networking and networked systems. This newly built platform enables top-notch researchers in the Asia-Pacific region to collaborate with each other and to experiment on a real networking testbed for high-impact research. As the role of networking that requires contactless social activities is becoming increasingly important in the pandemic era, this platform would help accelerate novel approaches to tackle critical problems in the network computing field. Beyond research, the OpenNetLab platform would also bring a sense of reality to classrooms by exposing the students to a geographically distributed testbed. Students will benefit highly from gaining hands-on experience on a real-world platform by running experimental applications of their own. I firmly believe that this distributed networking platform would enhance the quality of networking research and education while supporting a new level of collaboration among researchers in the region.”