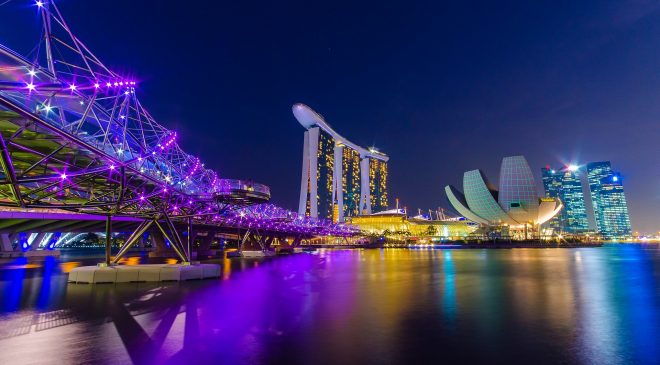 77 per cent believe automation can help attract and retain talent.

According to a new study commissioned by UiPath, a leading enterprise automation software company, most office workers in Singapore are feeling increased pressure at work due to colleagues resigning in the past year. As a result, close to half (48 per cent) say they would consider quitting their job in the next six months. UiPath’s 2022 Office Worker Survey also found that monotonous tasks are amplifying employee unhappiness and uncertainty, and that employees would welcome new processes and technologies such as automation to allow them to focus on work that matters.

The third annual UiPath survey of global office workers uncovered the impact of the Great Resignation on employees’ roles and responsibilities, career trajectories, and overall experience. The assessment found that:

The Great Resignation is an acute business challenge: In Singapore, two in three (66 per cent) office workers are feeling increased pressure at work because their colleagues have quit within the last year, the third highest of seven countries polled. Alarmingly, 86 per cent of respondents have had to take on up to six new tasks outside of their job descriptions due to their co-workers resigning—and 69 per cent reported that they do not know what their responsibilities are anymore.

Labour shortages and mundane work are causing people to quit: 73 per cent of respondents in Singapore say they are interested or could be swayed into looking for a new job in the next six months. About one in three (32 per cent) say they are currently applying for another job, and 28 per cent have had interviews with another company in the past six months. Office workers are motivated to seek a new position due to increased pressure on work/life balance (40 per cent), lack of employee recognition (28 per cent), and spending too much time on administrative tasks (27 per cent).

Expanding roles are compounded by monotonous tasks: An overwhelming 97 per cent of respondents in Singapore say they feel exhausted at the end of a workday at least one day per week. They’re frustrated by mundane tasks at work, like responding to emails (41 per cent), scheduling calls and meetings (33 per cent), and inputting data/creating datasets (33 per cent).

Office workers believe automation is core to improving their job performance and satisfaction: Three in five (61 per cent) office workers in Singapore feel like much of their workday is eaten up by tasks that can be automated. In addition, more than half (52 per cent) believe that automation can improve their job performance, namely by saving time (62 per cent), increasing productivity (57 per cent), and creating opportunities to focus on more important work (50 per cent). 76 per cent agree they can focus on more creative work with the help of automation.

Automation can help fight the Great Resignation: 77 per cent percent of respondents in Singapore contend that incorporating automation—including training on automation—could help their organization attract new and retain existing talent, which is the second highest of all countries polled. Business leaders worldwide are already on board, with 85 per cent of those surveyed in the UiPath 2022 Executive Survey agreeing that incorporating automation and automation training into their organization will help them retain employees and attract new talent

“Office workers in Singapore are feeling burnt out and are seeking meaningful work, work/life balance and recognition. Businesses must innovate and transform with a long-term view as the war of talent continues to intensify in the country’s tightening labour market,” said Rick Harshman, Senior Vice-President and Managing Director of Asia Pacific at UiPath. “Although Singapore’s labour market recovery is expected to continue in 2022, businesses must adopt technologies like automation which helps to reduce mundane work and increase productivity, to ensure that they can retain and attract workers. By freeing workers’ time and maximizing their job satisfaction, businesses can gain a competitive edge with the aid of emerging technology, which is now a business imperative.”

“The insights from UiPath’s 2022 Office Worker Survey highlights the growing importance of automation as an enabler for employees’ to feel satisfied and fulfilled at work. Not only does automation allow employees to save time, but it also ensures that workers are not bogged down by mundane tasks which leads to burnout. Ultimately, automation can maximize workers’ productivity and empower them to focus on higher value work such as innovation,” said Dennis Lui, Chief Executive of VITAL.