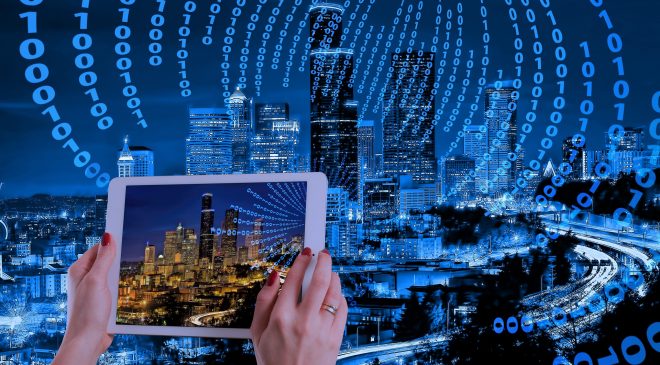 During this new era, digital hype will die down, speculation will recede, and financial capital will be recoupled to “production capital” — i.e., the real assets that create products and services — which will begin the task of putting the new digital technology to work.

“As hype around digitalization fades and strategies driven by fear of digital disruption subside, we will begin to see better business decisions that lead to real investment in productive assets, productivity gains, growth in GDP, and improvements in standards of living across the globe,” said Ed Gung, Managing Vice President, Research with the Gartner Research Board.

“In other words, after digital transformation comes a time of value harvesting, an era in which organizations reap the productivity benefits of the arduous changes they’ve made in their businesses,” Gung said. “However, the word ‘digital’ will lose the talismanic significance it held for much of the last two decades. Expectations will change, and new challenges will arise for technology leaders.”

Gartner Research Board experts have identified four major signs that herald this new era. They include:

Digital technologies become ubiquitous, but fade into the background

As digital networks, “always on” connectivity, and smart devices become ubiquitous and commonplace, computing will simply fade into the background, becoming as unobtrusive as the dumb thermostat or light switch. Ubiquitous technology raises critical questions for large enterprises. For example, when digital technology is at once “everywhere” and less prominent, will the importance of the IT estate diminish? How can member firms best serve customers who will no longer tolerate technology malfunction or latency? And what will be the impact on monetization models when “eyeballs” are no longer relevant?

As digital technology becomes embedded into the way all parts of the business operate, “digital” will cease to be a useful modifier. Rather than “becoming tech companies,” successful companies, led by their most forward-thinking digital leaders, have been grafting digital technologies onto traditional businesses. In the fullness of time, digital technology will become just one more dimension on which companies compete — like distribution networks, capital assets, exploration rights, customer relationships, content, and so on.

Digital giants are regulated, but end up being outcompeted

The digital era has been dominated by a handful of companies. In January 2022, five tech companies were collectively worth almost $US10 trillion. That’s nearly a quarter of the combined $US41.8 trillion market cap of the entire S&P 500. There are growing calls for some form of antitrust action against one or more of these companies. While regulators dither over how to rein in the market power of Big Tech, these internet superpowers may be undone by competition. As the technology market becomes more fragmented and verticalized, domain knowledge becomes ever more critical to success, and companies that best combine technology expertise with domain knowledge will gain advantage.

As digital technologies become more ingrained in business and government operations, infrastructure, and people’s daily lives, risks increase, and enterprise risk management will become more complex than ever before. The focus on optimization and efficiency, both inside companies and between them, has led to extreme global economic interdependence — which, despite its merits, means that a single adverse event can cause profound shocks elsewhere. However, digital networks can be optimized for resilience just as well as efficiency. Resilience — the ability to survive a shock, recover, and grow quickly in the aftermath — is a source of considerable competitive advantage in a radically uncertain world.