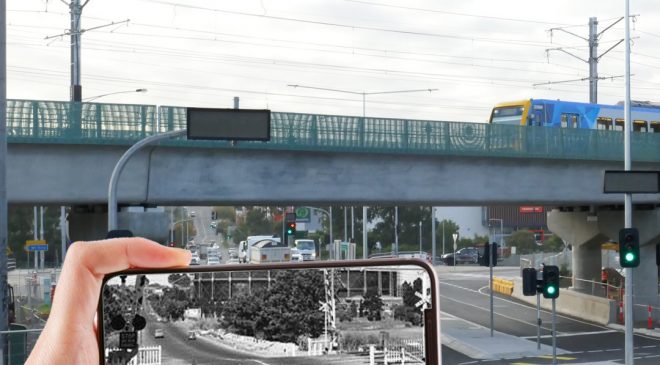 Victoria’s Level Crossing Removal Project is one of the largest rail infrastructure projects in the State’s history.

It involves the removal of 75 level crossings across metropolitan Melbourne by 2025, along with other rail network upgrades including new train stations, track duplication and train stabling yards.

The challenge facing the Level Crossing Removal Project (LXRP), which oversees the project, is that it comes at a time of unprecedented infrastructure investment nationwide. This presents what LXRP describes as a ‘capability versus capacity’ problem.

While capacity isn’t a problem – there are people available to work on the project – they don’t always have the capability – the expertise or experience to work safely and effectively in what is a highly specialised area. It’s a critical issue that needed to be addressed.

From day one LXRP’s CEO Kevin Devlin, understood that a time would come when employees new to the rail industry would start to outnumber those with the specific knowledge sets required.  He understood that the way to tackle the problem was to create a knowledge management system that would help all personnel – those employed by LXRP as well as those working in partner or sub-contractor organisations – to bridge their knowledge gaps efficiently and effectively, learning from all knowledge built up over previous major rail infrastructure works.

His vision was for a platform that would allow all project partners to behave as a single learning organisation no matter which site they were working on, or when.

It was the genesis for KnApp (Knowledge App) which allows workers to share, collaborate, learn, and network across organisational boundaries.

Inspired by the Knowledge Spiral work of Japan’s Ikujiro Nonaka and Hirotaka Takeuchi, LXRP developed a specialised knowledge management model for the application which features a lessons-learned library; supports ideas harvesting; encourages collaboration; and provides streamlined access to the expertise workers need to do their jobs.

Working with Microsoft partner SevenSigma LXRP has used Microsoft SharePoint, PowerApps, Teams and Flow to build KnApp which has been deployed for a pilot for 250 people across five Alliance Projects, gearing up for stage 1 release to an initial estimated 1000 employees.

Instead of being a static database the platform has been designed to be highly interactive, so that people can search for information, but also share examples of best practice. Workers can also collaborate with one another over how best to address an issue on site.

For example, an engineer observing works at a site in Essendon noticed an innovation that had clear public safety implications and used KnApp to share information widely with colleagues.

A road roller is a compactor-type engineering vehicle used to compact soil, gravel, concrete, or asphalt in the construction of roads and foundations. The engineer saw a roller crew trialling a safety halo light technology for mobile plant which was being used to achieve a safer, productive way to keep pedestrians away from operating rollers. He took some photos, discussed the merits with the crew and instantaneously shared the photos and observations on KnApp.  All other KnApp users received the observation, informing them immediately of the innovation, and allowing them to deploy something similar at their work site to boost pedestrian safety.

There were cultural challenges to be addressed in order to encourage workers to share their insights. The fact that content shared on KnApp is largely peer moderated and there is clear emphasis on sharing positive content has encouraged workers to share their learnings and also use the system to learn from peers working around the network.

According to Kevin Devlin; “The challenge is to have a knowledge management system to help our project partners’ employees bridge their knowledge gaps efficiently and effectively. Many of these workers will be new to this sector – but need to learn the ropes quickly and safely.

“The goal is that everyone working on these projects will have instant access to the same information as everyone else and be able to share their own on-the-job learnings.”

Seven Sigma and Systemix worked with LXRP to develop KnApp using SharePoint as the repository for lessons learned, PowerApps functions to capture insights, Teams to promote communication and collaboration, and Power Automate to manage the information flow across the platform.

Paul Culmsee, co-founder of Seven Sigma Business Solutions and a Microsoft MVP (most valuable professional) led the work and is continuously on the lookout for additional enhancements.

Creating a single app that could be used by employees of multiple organisations did create particular challenges around IT governance and security as well as product licensing. The LXRP Safety Initiatives team addressed this by working collaboratively with key stakeholders in LXRP, as well as each contractor organisation, to address concerns, while at the same time working closely with Seven Sigma and the Microsoft Power Platform product and commercial teams.

Ultimately Culmsee says; “Built with Power Apps and utilising SharePoint, and the rich communication and collaboration capability of Teams and Flow, KnApp provides LXRP and its partners with a tool so that their workers always have fingertip access to content, to share ideas and collaborate so that they can ensure consistent outcomes, as well as working together toward new and better ways of achieving outcomes.”

Further innovation is planned which will leverage Microsoft Power Automate to capture video and upload that in real time; and integrate Teams capability into PowerApps to enable direct collaboration among workers.

This will allow access to “bite sized” learning modules and videos that can support knowledge transfer between experienced workers and new personnel.

LXRP believes that this will encourage a new way of working that leverages knowledge rapidly, bringing safety and productivity gains for all project partners.

Safety is paramount to LXRP – but even if workers are uninjured, a single high consequence safety incident (HPI) on a rail infrastructure site can result in delays costing hundreds of thousands of dollars. Ensuring workers have fingertip access to best practice, insights and expertise dramatically enhances safety and reduces the risk of cost blowouts.

On average this sector experiences two HPIs per million hours worked. At peak times the LXRP is racking up a million hours a month, so any opportunity to reduce HPI rates enhances safety and drives cost savings.

Devlin adds; “Through the implementation of KnApp within PowerApps, we want our program partners to have an enabling tool at their fingertips.

“At the same time we envisage in the near future that it will be an accessible tool for those new to the industry to explore learning content.

“Eventually as the technological capabilities advance we envisage the ability to capture bite size modules and ‘change moment’ learning video grabs as another way to transfer knowledge from the experienced to the new.”

But he stresses that while technology has played a critically important role in terms of supporting communication, collaboration, knowledge exploration, and learning it’s the workers themselves that are making the biggest contribution to a safer more informed workplace; “Ultimately knowledge management is 10 percent technology and 90 percent people.”