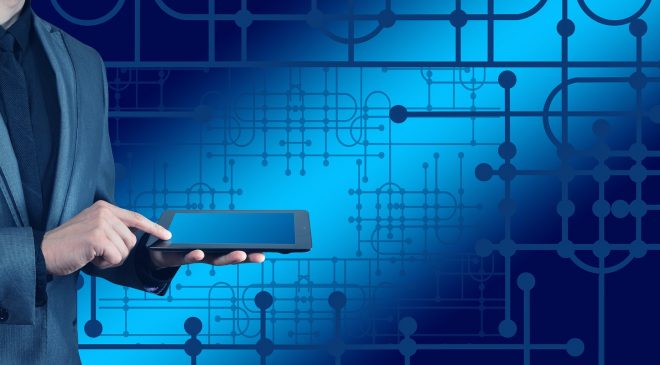 Worldwide IT and business services revenue is expected to grow (in constant currency) 5.7 per cent this year and 5.2 per cent in 2023, according to the International Data Corporation (IDC) Worldwide Semi-annual Services Tracker. In nominal dollar denominated revenue based on today’s exchange rate, the market will grow by 2 per cent this year, due to currency headwinds.

The 2022 market growth represents a slight increase of 12 basis points from IDC’s April 2022 forecast. The five-year compound annual growth rate (CAGR) is now projected to be 5.2 per cent, compared to the previous forecast of 4.9 per cent.

IDC has maintained its outlook for the worldwide services market even against the backdrop of a global recession. Worldwide GDP growth has worsened since March/April and is now expected to grow by only 2.7 per cent this year and 2.4 per cent in 2023, based on August’s figures. After adjusting certain geographic and market segments accordingly, IDC remains cautiously optimistic based on stronger than expected reported results from vendors in the first two quarters of this year (including revenues, bookings, and pipelines) and larger residual effects from the pandemic on the IT industry (i.e., hybrid workplace, cloud adoption, etc.).

For example, in the first half of 2022, the median year-over-year growth in constant currency for the top 20 IT and business services vendors was more than 9 per cent (excluding product and other services revenues, such as engineering services). This was coupled with healthy bookings and pipelines. In addition, services firms have not yet lowered their revenue guidance significantly.

“While economic conditions for major economies around the world worsened in the last few months, given the services vendors’ strong revenues, bookings, and other leading indicators, the worldwide services market will likely continue on its current growth trajectory,” said Xiao-Fei Zhang, program director, IDC Worldwide Services Tracker program. “Also, the real threat to vendors may be from the supply side: with book-to-bill ratios above 1.1 or 1.15, attrition 25 per cent plus, and utilization rate pushing close to 90 per cent, something has to give. A cooler economy may actually help vendors to convert bookings to revenue faster by easing the labour market.”

IDC has adjusted its short-term growth rate for professional services slightly downward: during an economic downturn, discretionary spending will suffer more as some projects will be delayed or put off indefinitely. But this will be partially offset by the potential upside on the supply side. The negative impact will be felt mostly in business consulting: IDC lowered its business consulting market growth rates by 100 and 40 basis points in 2022 and 2023, respectively. Poised to grow between 6 per cent and 8 per cent in the coming years, business consulting will outperform the overall economy by a long stretch.

The recessionary impact on recurring revenues is also expected be minimum to marginal. IDC has raised the growth rate for managed services by 40 to 60 basis points each year as managed services will be more shielded from economic downturns because these are mission critical to buyers. Pricing also helps as providers are increasingly able to pass on wage increases to customers in large outsourcing contracts.

Within managed services, apps remain the key growth driver, as the pandemic added billions of digital users across the globe almost overnight, exhausting the available software development talent pool worldwide. Therefore, IDC has increased its five-year CAGR (in constant currency) for application management from 4.5 per cent to 5.2 per cent. The workplace and infrastructure-related outsourcing market outlooks have also been adjusted moderately upward as cloud and hybrid workplace continue to drive strong growth, albeit that these are relatively slow growth markets to begin with.

Similarly, the growth rate for support services was adjusted upward only slightly in the short term as support services revenues depend on multi-year contracts and are much more insulated from sharp hardware shipment declines.

On a geographic basis, IDC has largely maintained its outlook for the Americas. Canada’s long-term forecast remains intact, and the short-term growth rate was adjusted to reflect the speed of recovery among Canada’s major vendors. Latin America’s near-and-mid-term market outlook improved markedly this cycle: while still challenged by economic uncertainties and soaring inflation, major Latin American markets’ economic conditions improved, thanks to rising commodity and energy prices. This is offset by a slightly weaker outlook for the U.S. market, where a recession will primarily impact business consulting – its five-year CAGR was adjusted down by almost 110 basepoints (from 6.2 per cent to 5.1 per cent). Overall, the US market is still expected to grow 4 per cent to 5 per cent year over year in the coming years.

The growth outlook for Asia/Pacific was adjusted downward by roughly 10 basis points each year for the next four years. The region is forecast to grow at around 5.5 per cent each year. Within the region, the growth rates for both China and India have been lowered. As China’s economy decelerated this year, the services market saw its 2022 growth rate adjusted downward by 130 basis points to just 5.2 per cent, and the five-year CAGR declined by more than 90 basis points to 6.4 per cent. India’s services market growth was also lowered marginally under recessionary threats with the five-year CAGR reduced from 8.9 per cent to 8.2 per cent. The outlook is more favourable for the rest of the region, with faster than expected recoveries in mature markets like Australia and New Zealand, and more vibrant emerging economies in Southeast Asia.

The 2022 forecast for Europe, the Middle East, and Africa (EMEA) was raised moderately. The outlook for the Middle East & Africa (MEA) remains unchanged with year-over-year growth between 6 per cent and 8 per cent. Recessionary threats have marginally lowered the outlook for non-petroleum producing countries, but this is offset by stronger forecasts for petroleum producing markets, as well as improved conditions in Turkey. For Europe, the outlook is mixed. IDC has lowered the short-term outlook for Central and Eastern Europe (CEE) with 2022 growth of just 3.6 per cent as economic conditions have worsened in the region. However, Western Europe’s growth rate has been raised by 100 to 200 basis points each year to more than 7 per cent for this year (in constant currency) and 5.5 per cent to 6 per cent growth per year for the next four years despite economic and geopolitical headwinds. While the dynamics within each market differ, the outlook for all major Western European markets have improved compared to March/April, including France, Germany, the Nordics, and the UK. Overall, IT services will be much more resilient, as large European enterprise buyers need them to close the digital gap. Additionally, governments will also fund digital initiatives through big recovery programs and boosted military spending.

“So far, the European services market has weathered the storms of disruption exceptionally well, resulting in a solid market performance in the first half of 2022,” said Milan Kalal, senior research manager, IDC European Services Group. “The demand has been fuelled by the acceleration of digitization efforts in European organizations as well as their ongoing appetite to transition to the cloud. But now it’s time to go even further. Thanks to the wide deployment of technologies to change the business model, organizations are now entering the digital business era, where acting as a digital-first business is a mandate and a strategic differentiator to ensure future resilience.”