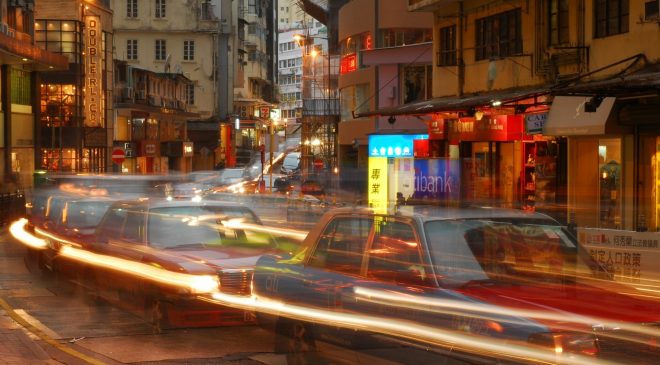 “Hong Kong has entered a new era of 5G in April this year. 5G has the advantages of high network speed, low latency, ultra-high reliability and strong connection capabilities,” he said. “It is not only conducive to the development of smart cities, industry 4.0, and the Internet of Things, but also drives the development of multi-faceted innovative applications, such as remote medical services, autonomous vehicles, etc.”

“The Office of the Communications Authority (OFCA) also launched the Encourage Early Use of 5G Technology Funding Scheme in May this year to encourage public and private organisations to apply 5G technology to improve operational efficiency and promote continuous innovation,” he said. “Colleagues of OFCA will share more details on this funding scheme later.”

In addition to 5G, Wi-Fi is also a core element for the development of smart city networks, stated Weiqiao.

“Under the “Wi-Fi Connected City” plan, the number of free public Wi-Fi hotspots under the “Wi-Fi.HK” brand has increased to over 36,000,” he said. “The development of Wi-Fi 6 has also greatly improved the efficiency, flexibility and scalability of Wi-Fi technology, greatly increasing the speed and capacity of Wi-Fi networks.”

Weiqiao “firmly” believes that “5G and Wi-Fi will complement each other and play their unique role in different application scenarios”.

“The global cloud computing market is expected to experience continuously rising service demands in the years ahead,” he said. “Gartner has predicted that the worldwide public cloud services market will increase by 17 per cent from US$227.8 billion in 2019 to US$266.4 billion in 2020.”

According to Weiqiao the COVID-19 pandemic has particularly increased the visibility and spotlighted the importance of the Internet and cloud computing services in our daily lives.

Under the ‘new normal’, everybody is now familiar with online shopping and social media activities.

“I believe that most, if not all, of us have also personally experienced the convenience of video conferencing and online meeting tools which have greatly facilitated our virtual workspace during this critical time,” he said.

“I am extremely proud that Hong Kong is, once again, ranked the first in the Cloud Readiness Index 2020 of the Asia Cloud Computing Association,” he said. “Hong Kong is located at a strategic regional position in Asia Pacific and our collaboration with Mainland China is ever-deepening.

Over the years, we have attracted major global cloud service providers such as Microsoft Azure, Alibaba Cloud, Tencent Cloud and Google to set up cloud regions and data centres in Hong Kong.”

As at the end of March 2020, the HKSAR Government has approved and executed about 30 applications for converting parts of the existing industrial buildings into data centres, involving a total internal floor area of some 139 000 square metres.

“In fact, the data centre market in Hong Kong is projected to grow at a five-year compound annual growth rate of 14 per cent from a value of US$883 million in 2018 to reach US$1.7 billion by 2023,” said Weiqiao. “Besides, Hong Kong has just advanced into the 5G era with mobile network operators launching commercial 5G services in April this year.”

Hong Kong will continue to capitalise on the growing demand for data-related services to serve as a regional data centre hub, he noted.

According Weiqiao Cloud service was also a crucial infrastructure of the HKSAR Government to enable and empower the development and continuous enhancement of public services delivery.

“We are now dedicating our efforts to building the next generation government cloud platform, the Government Cloud Infrastructure Services (GCIS) which is included in the Smart City Blueprint as one of our key IT Infrastructures,” he said. “GCIS is a central platform adopting a hybrid cloud design that enables government departments to expedite system development and upgrade system capacity more flexibly and at a lower cost to cope with increasing development needs of smart government.”

GCIS also provides 24-hour monitoring and support services so that our e-government services can be delivered in a more effective and secure manner. About 260 e-Government services and systems currently running on the existing cloud platforms will be progressively migrated to the new GCIS after its launch later this year, noted Weiqiao.

“To facilitate the provision of data-driven public services and promote the smart city development, a Big Data Analytics Platform will also be launched this year in the Government,” he said. “The new Platform, equipped with advanced big data analytics tools, artificial intelligence cognitive tools, parallel computing management system, and a “Digital Highway”, will facilitate the exchange and sharing of real-time data across government departments to boost up the operational efficiency in delivering public services.”

The “Digital Highway” can also facilitate the opening up of government data through the “data.gov.hk” portal to the public for creating innovative smart city applications.

Another major project of the HKSAR Government is the “iAM Smart” platform.

“It is a one-stop personalised digital government services platform set to launch by the end of this year,” said Weiqiao. “Hong Kong residents can access services and website information through the platform, as well as perform digital signing for handling statutory documents and procedures. It is expected that about 110 online government services can be accessed by our residents through the platform by mid-2021.

We foresee that “iAM Smart”, together with other digital facilities such as 5G network, can achieve breakthrough in the digital transformation of the city.”

Weiqiao noted it will actively facilitate public and private organisations, including public utilities, IT companies and small-and-medium-sized enterprises to explore the adoption of “iAM Smart” platform in their online services.

“The HKSAR Government understands that open data is essential to big data analytics and smart city development,” he said. “We have been vigorously promoting the opening up of government data. By the end of last year, we had already published some 4 000 datasets on the Public Sector Information Portal.”

By making use of the open data released, Weiqiao said HK Government made available at the end of last year four city dashboards at the Public Sector Information Portal to facilitate the public to visualise real-time and dynamic city data of Hong Kong.

“The dashboards cover city information on environment and weather, transport and traffic, public facilities and services, and a city overview on interactive charts and online maps,” he said. “Over 220 new datasets will be released this year.”

According to Weiqiao following the outbreak of the COVID-19 epidemic, the Office of the Government CIO collaborated with the private sector partner to set up an “Interactive Map Dashboard on the Latest Situation of Coronavirus Disease in Hong Kong”, to disseminate regularly updated information related to the epidemic by making use of government open data.