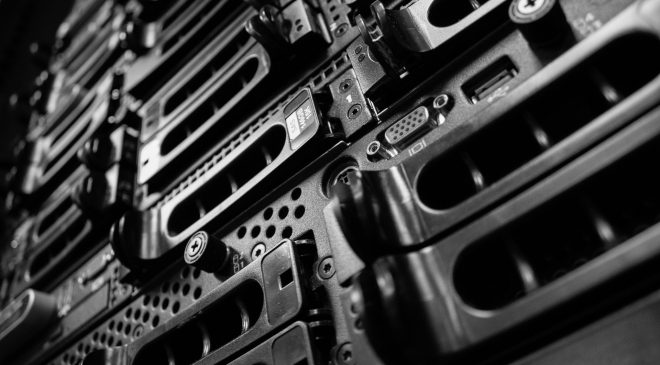 The global data network has proven to be quite resilient, able to cope with the digital step change the economy took.

Demand for data infrastructure was already sky-high before 2020 but the pandemic led to an additional surge. As people go more online than ever before and this trend will only continue in the years to come.

Design and consultancy firm, Arcadis recently released its Data Center Location Index for 2021, with an examination of 50 national markets across eight supply and demand-side factors that will influence a company’s ability to set up a new facility.

It found on the whole, the global data network has proven to be quite resilient, able to cope with the digital step change the economy took over the past year.

But this is on the heels of a decade of extraordinary growth in the number of data centres and it’s clear that many more of these facilities will be necessary over the short, medium, and long term.

However where should data centre operators build new facilities?

In principle, digital infrastructure can be built nearly anywhere and used to serve customers anywhere in the world. But choosing a good location for a new data centre is critical in terms of optimising return on investment.

Location determines a great number of factors that influence costs and how quickly a new data centre can be switched on.

The availability and reliability of renewable energy sources, the ease of obtaining construction permits, the price of electricity, cybersecurity, data protection and privacy regulations, all of these things can differ significantly depending on where a facility is located.

Data centers use massive amounts of energy. As a result, many have large carbon footprints, in particular in places that provide scant access to renewable energy sources. Most operators will want to comply with the net zero carbon ambitions, as set out in the Paris Agreement on Climate Change, before 2050.

In 2019, data centers and data transmission networks were responsible for around 1 per cent of global electricity use. Consequently, companies are exploring additional ways of decarbonising their operations. The use of advanced solutions, such as immersion cooling and heat recovery, as well as limiting embodied carbon through new methods of construction can help decarbonize the build and operations. In addition, leading data center operators are using machine learning to improve the efficiency and energy consumption of their data centers.

Counting facilities that are being planned, designed or are in the process of being built, there are now more than 650 hyperscale data centers around the world. That’s more than twice the number in existence in 2015, when there were only 260. As the name suggests, hyperscale facilities allow operators to easily upscale capacity to accommodate increases in demand.

The five largest hyperscale data center operators are Amazon Web Services, Google, Microsoft, Facebook, and Apple, closely followed by Chinese cloud giant Alibaba. While co-location centers tend to ramp up gradually over time, as rack space is leased out, and are constructed in expectation of future client demand, hyperscalers can reach almost full utilization within a short period of time. Hyperscale data centers need very reliable energy and fiber infrastructure, which can limit location options. At the same time, new hyperscale projects tend to form part of large campus developments that will accommodate more than a thousand people – a significant undertaking in many locations around the world. Hyperscale and cloud providers are bringing more capacity online at an unprecedented rate, pushing the boundaries of lean construction methods. Despite these companies’ deep pockets, even they cannot account for projected growth and will instead look to qualified colocation providers to supplement their efforts to accommodate new demand.

While America takes the top spot for the country to build data centres, Asia-Pacific is also very well represented in the index. Thirteen Asian markets made the list and nine of them are in the top half, with strong performances by Singapore, Japan, Taiwan, and Hong Kong.

Asia-Pacific is amongst the fastest growing regions of the global economy but there are large differences between markets in terms of GDP per capita and energy security. Historically a destination for major IT outsourcing projects, Asia has increasingly become a leader across many cutting-edge industries.

A significant share of the largest technology companies is now based in China, not surprising given the size of the market and its highly skilled workforce. In addition to domestic providers, Asia-Pacific is undergoing significant data center growth driven by large-scale international cloud providers, as they expand aggressively across the major hubs in the region.

A major financial center and one of the largest shipping ports in the world, Singapore ranks sixth in GDP per capita. Despite the country’s leading position in internet connectivity and low energy prices, it scores relatively low on energy security and domestic market size, making it heavily reliant on good relations with its neighbors. With its well-educated workforce and stable government, Singapore continues to attract major investments from the technology industry, making it a natural co-location hub for serving markets across Southeast Asia and India. That said, the availability of renewable energy sources is a problem the country needs to address. Due to its small size, land availability remains a key concern for investors. Interestingly, the government has mapped out space beneath the city as it wants to move urban infrastructure like data centers, bus depots, and sewage systems underground.

Japan has a high rate of data consumption, as a result of the country’s essentially complete mobile broadband penetration, significant internal market size, and by early and large-scale adoption of digital technologies by global and local enterprises. These features create a landscape in which many of the major hosting and cloud providers are present alongside largescale domestic suppliers. Nevertheless, an aging population, corresponding lack of available labor and high energy prices are driving up operating costs. There are concerns about the availability of sufficient power in the future. In addition, many data center providers are including secondary locations, outside of Japan, into their business continuity plans due to the country’s relatively high risk of natural disasters.

In 2010, the Australian government introduced its Data Center Strategy 2010-2025, focusing on policies and regulations for increased cloud adoption and driving investments in the industry. Its success is clearly evidenced by Australia’s high scores across issuing construction permits, energy security, and global cybersecurity. Due to its size, Australia has one of the longest electricity networks in the world, which contributes to high prices of electricity. Geographically, Australia is well connected to AsiaPacific, via submarine cables across the region. As such, Australia continues to be an attractive investment location for further expansion in the area.

Its population and economic growth over the last decades make China the world’s largest internal market for data technology and services. It is in the midst of a digital transformation on a massive scale. China is a pioneer in the adoption of smart city initiatives, which has increased use of cloud-based services in the country. The hi-tech sector is experiencing phenomenal growth. More than 70% of the population is using e-commerce for commercial and non-commercial activities. All of this is driving high demand for data centers. Ultimately, China remains a challenging market, especially for foreign investors, due to the difficulties in obtaining construction permits and the country’s relatively low score on energy security.

Thailand is one of the largest economies in Southeast Asia, and despite its low ranking in GDP per capita, its economy is forecast to grow by 4 per cent in 2021, following a contraction last year. The country has a relatively benign regulatory environment, based on its ability to support construction through Environmental Impact Assessments. Thailand ranks high on cybersecurity and has favorable electricity prices, making it an attractive investment destination for data center operators. This is underpinned by the new Thailand 4.0 initiative and stimulus plans, which seek to stimulate further development of the technology cluster within the country.

Although India’s GPD per capita is low, thanks to a well-educated population of over 1.3 billion, the country had the second highest GDP growth in the world in 2019, at 6.1 per cent. Despite poor scores across mobile broadband penetration, energy security, its approach to cybersecurity and the price of electricity, the country will continue to rise in importance in the global economy. Further growth in India’s IT infrastructure and an increase in new internet companies will drive demand for new data centers.