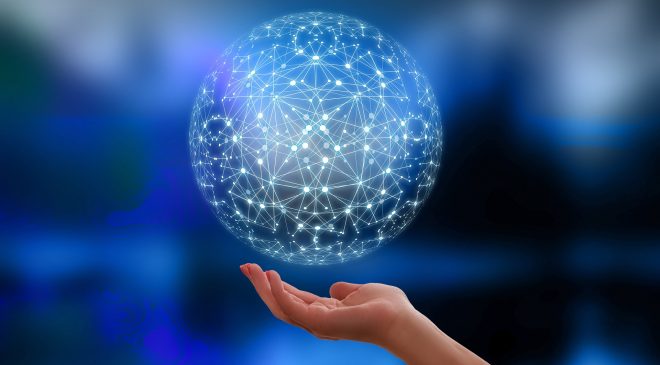 This joint Cybersecurity Advisory was coauthored by the NSA.

This joint Cybersecurity Advisory describes the ways in which People’s Republic of China (PRC) state-sponsored cyber actors continue to exploit publicly known vulnerabilities to establish a broad network of compromised infrastructure. These actors use the network to exploit a wide variety of targets worldwide, including public and private sector organizations. The advisory details the targeting and compromise of major telecommunications companies and network service providers and the top vulnerabilities—primarily Common Vulnerabilities and Exposures (CVEs)—associated with network devices routinely exploited by the cyber actors since 2020.

This joint Cybersecurity Advisory was coauthored by the National Security Agency (NSA), the Cybersecurity and Infrastructure Security Agency (CISA), and the Federal Bureau of Investigation (FBI). It builds on previous NSA, CISA, and FBI reporting to inform federal and state, local, tribal, and territorial (SLTT) government; critical infrastructure (CI), including the Defense Industrial Base (DIB); and private sector organizations about notable trends and persistent tactics, techniques, and procedures (TTPs).

Entities can mitigate the vulnerabilities listed in this advisory by applying the available patches to their systems, replacing end-of-life infrastructure, and implementing a centralized patch management program.

NSA, CISA, and the FBI urge U.S. and allied governments, CI, and private industry organizations to apply the recommendations listed in the Mitigations section and Appendix A: Vulnerabilities to increase their defensive posture and reduce the risk of PRC state-sponsored malicious cyber actors affecting their critical networks.

PRC state-sponsored cyber actors readily exploit vulnerabilities to compromise unpatched network devices. Network devices, such as Small Office/Home Office (SOHO) routers and Network Attached Storage (NAS) devices, serve as additional access points to route command and control (C2) traffic and act as midpoints to conduct network intrusions on other entities. Over the last few years, a series of high-severity vulnerabilities for network devices provided cyber actors with the ability to regularly exploit and gain access to vulnerable infrastructure devices. In addition, these devices are often overlooked by cyber defenders, who struggle to maintain and keep pace with routine software patching of Internet-facing services and endpoint devices.

These cyber actors are also consistently evolving and adapting tactics to bypass defenses. NSA, CISA, and the FBI have observed state-sponsored cyber actors monitoring network defenders’ accounts and actions, and then modifying their ongoing campaign as needed to remain undetected. Cyber actors have modified their infrastructure and toolsets immediately following the release of information related to their ongoing campaigns. PRC state-sponsored cyber actors often mix their customized toolset with publicly available tools, especially by leveraging tools that are native to the network environment, to obscure their activity by blending into the noise or normal activity of a network.

NSA, CISA, and the FBI consider the common vulnerabilities and exposures (CVEs) listed in Table 1 to be the network device CVEs most frequently exploited by PRC state-sponsored cyber actors since 2020.

PRC state-sponsored cyber actors frequently utilize open-source tools for reconnaissance and vulnerability scanning. The actors have utilized open-source router specific software frameworks, RouterSploit and RouterScan, to identify makes, models, and known vulnerabilities for further investigation and exploitation. The RouterSploit Framework is an open-source exploitation framework dedicated to embedded devices. RouterScan is an open-source tool that easily allows for the scanning of IP addresses for vulnerabilities. These tools enable exploitation of SOHO and other routers manufactured by major industry providers, including Cisco, Fortinet, and MikroTik.

Upon gaining an initial foothold into a telecommunications organization or network service provider, PRC state-sponsored cyber actors have identified critical users and infrastructure including systems critical to maintaining the security of authentication, authorization, and accounting. After identifying a critical Remote Authentication Dial-In User Service (RADIUS) server, the cyber actors gained credentials to access the underlying Structured Query Language (SQL) database and utilized SQL commands to dump the credentials, which contained both cleartext and hashed passwords for user and administrative accounts.

Having gained credentials from the RADIUS server, PRC state-sponsored cyber actors used those credentials with custom automated scripts to authenticate to a router via Secure Shell (SSH), execute router commands, and save the output. These scripts targeted Cisco and Juniper routers and saved the output of the executed commands, including the current configuration of each router. After successfully capturing the command output, these configurations were exfiltrated off network to the actor’s infrastructure. The cyber actors likely used additional scripting to further automate the exploitation of medium to large victim networks, where routers and switches are numerous, to gather massive numbers of router configurations that would be necessary to successfully manipulate traffic within the network.

Armed with valid accounts and credentials from the compromised RADIUS server and the router configurations, the cyber actors returned to the network and used their access and knowledge to successfully authenticate and execute router commands to surreptitiously route, capture, and exfiltrate traffic out of the network to actor-controlled infrastructure.

While other manufacturers likely have similar commands, the cyber actors executed the following commands on a Juniper router to perform initial tunnel configuration for eventual exfiltration out of the network.