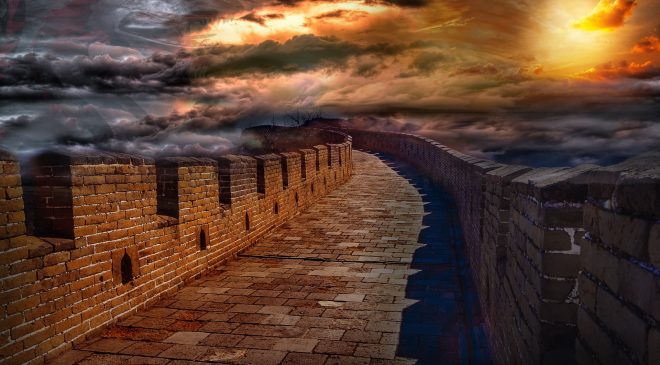 Full details of initiative to establish global standards on data security by the CCP.

Under the theme “Seizing Digital Opportunities for Cooperation and Development”, Minister Yi said this “will be a prime opportunity for participants, from experts, scholars to business leaders, to look into the future of the digital economy, discuss ways to manage data security risks and promote global governance in the digital domain”.

According to Minister Yi the technological revolution and industrial transformation is in the making and countries face the common task of integrating the digital economy with the real economy, speeding up the shift to new growth drivers, and cultivating new industries and new forms of business.

“The global spread of COVID-19 has presented a major test to all countries and to our capacity of global governance,” he said. “In the course of epidemic response, digital technologies, including artificial intelligence, big data and cloud computing, have made rapid progress.

Telecommuting, cloud economy and other new business forms have played an important role in keeping the society running and countering the downward pressure on the economy.”

According to the latest statistics, the number of mobile Internet users has reached 3.5 billion around the world, and the digital economy now takes up more than 15 percent of the global GDP. The explosive growth and aggregation of data, like the discovery of oil, is providing a new source of energy for economic growth and industrial transformation, noted the Minister.

“In the meantime, the mounting risks of data security have put national security, public interests and personal rights at stake, and posed new challenges to global digital governance,” he said. “The frequent and massive cross-border data flow puts to the test the governance capacity of national governments in terms of governance philosophy, legislative framework and regulatory mechanism.”

The Minister said the “divergence of data laws and regulations in different countries has pushed up the compliance costs for global businesses”.

“To reduce the deficit in global digital governance, countries face a pressing need to step up communication and coordination, build up mutual trust and deepen cooperation with one another.”

Countries need to intensify pragmatic cooperation and embark on a path of mutual trust and collective governance, adding more vitality to a community with a shared future in cyberspace.

China believes that to effectively address the risks and challenges to data security, the following principles must be observed:

According to Minister Yi digital economy in China has been thriving with “over 900 million netizens, including a fast-growing group of 5G subscribers of 88 million, in China”.

“Digital economy takes up more than one-third of China’s GDP,” he said. “We have clear legal provisions for protecting the lawful rights and interests of citizens and organisations, including data security and personal information.

The Chinese government has acted in strict compliance with data security principles. We have not and will not ask Chinese companies to transfer data overseas to the government in breach of other countries’ laws.”

Minister Yi believes that China has taken a constructive part in multilateral discussions on data security including at the UN, G20, BRICS and the ASEAN Regional Forum, contributing China’s input to global digital governance.

“In view of the new issues and challenges emerging in this field, China would like to propose a Global Initiative on Data Security, and looks forward to the active participation of all parties.”

“I hope the Chinese initiative will serve as a basis for international rules-making on data security and mark the start of a global process in this area,” said Minister Yi. “We look forward to the participation of national governments, international organisations and all other stakeholders, and call on States to support the commitments laid out in the Initiative through bilateral or regional agreements. We are also open-minded to good ideas and suggestions from all sides.”

The summit wasn’t the first time Minister Yi talked about China’s digital pursuits. During the G20 G20 Extraordinary Foreign Ministers’ Meeting, he told the attendees the G20 “needs to unlock the potential of digital economy”.

China is actively considering putting forward an initiative on data security, and calls for all parties to build an open, fair and non-discriminatory business environment and maintain the supply chain security of global ICT products and services, Minister Yi said at the time.

According to Reuters, China tightly controls and censors its own cyberspace through the popularly dubbed Great Firewall, which has for years restricted access to firms such as U.S. majors Twitter Inc (TWTR.N), Facebook Inc (FB.O) and Google owner Alphabet Inc (GOOGL.O).

The initiative being perused by the CCP is in response to the administration of US President Donald Trump has taken aim at Chinese giants such as Huawei Technologies Co Ltd, Tencent Holdings Ltd (0700.HK) and TikTok owner ByteDance, citing concerns over national security and the collection of personal data, which the companies have rejected.

It has blocked US exports to Huawei and plans to ban TikTok in the United States this month unless ByteDance sells TikTok’s U.S. operations.