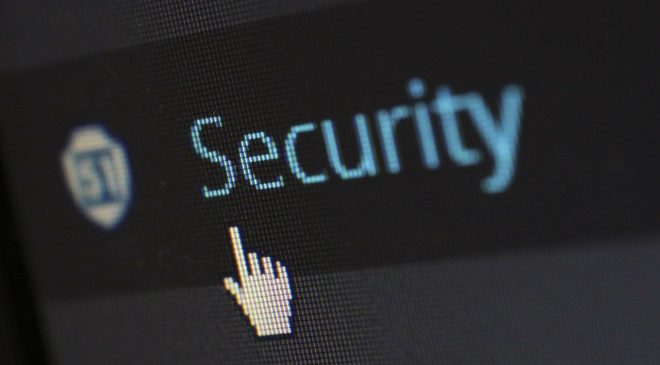 During COVID-19, the speed and frequency of change in economic and trade sanctions regimes from major international regulators has increased the complexity associated with financial crime and trade compliance, at a time when APAC organisational resources may already be stretched thin, said Accuity — global provider of financial crime screening, payments and know your customer (KYC) solutions.

Accuity collects, validates, and enhances sanctions lists from all major sanctioning bodies, law enforcement agencies, and financial regulators worldwide. It has analysed records that show that in the first six months of 2020, not a week went by without a change in economic and trade sanctions regimes from the US’s Office of Foreign Assets Control (OFAC), the United Nations (UN) or the European Union (UN). The pace of change from 2019 – where there were sanctions regime updates every month – continues into 2020,

Despite a slowdown in activity during the early days of the COVID19 outbreak in the US, the count of sanctions records added or modified by OFAC was up by 178 per cent in the second quarter of 2020 as compared to the first quarter of 2020, illustrating the continued regulatory pressure amidst the pandemic.

A separate North Korea focused regime with 404 OFAC-sanctioned entities, and further international lists of sanctioned entities under narcotics (2,376), terrorism (1,679), weapons of mass destruction proliferation (576), human rights and corruption (265) regimes – amongst others, promoting sanctions compliance in the region has never been more critical.

Accuity also found that while financial crime supervision over anti-money laundering (AML) and combating the financing of terrorism (CFT) is in place in most APAC countries, its effectiveness greatly varies.

Few counties have dedicated local bodies for sanctions enforcement. Based on the FATF Mutual Evaluation Reports that assess the robustness of national compliance frameworks, Australia, Singapore, Hong Kong, Macau, South Korea, and Taiwan were among the countries that ranked highest for technical compliance and effectiveness, while several countries in the region were among the lowest ranked.

“Organisations in the APAC region have a key role to play in implementing international sanctions,” said Bharath Vellore, managing director APAC at Accuity. “This is due to its countries’ strategic position as international trade and financial hubs, and proximity to sanctioned counties (e.g. North Korea) and what OFAC and other regulatory entities deem as high-risk areas – all of which bring exposure to financial crime and sanctions evasion risks.”

For organisations in the APAC region, it is worth noting that while OFAC operates on behalf of the US government, it has extra-territorial reach, which means that any cross-border transaction taking place in US dollars (USD) will eventually pass through the Federal Reserve and is therefore within the scope of OFAC regulation, regardless of where it originates or clears.

Since USD is a preferred currency for most global trade, OFAC, and ultimately the US government, has a unique level of regulatory oversight over the global financial system.

“As these complex sanctioned entities lists and regimes continue to evolve week-on-week, digitally transforming and streamlining sanctions and financial crime screening processes – by incorporating automation, APIs and real-time data – is crucial for staying on the right side of regulators,” said Vellore. Schemes Involving large banks still make the headlines according to the OFAC. In particular there was no signs of letting up in terms of sanctions enforcement. In fact, 2019 saw US$1.3 billion worth of fines and settlements issued by OFAC for sanctions breaches – more than in any previous year, thereby highlighting that the financial penalties of non-compliance have never been higher.

Since 2014, financial institutions have accounted for 30 percent of OFAC’s enforcement actions but paid 90 percent of the total amount of financial penalties. This included OFAC’s recent settlements with global financial institutions, which have continued to weigh heavily on the overall amounts. In the case against British Arab Commercial Bank, for example, the theoretical fine was so high that it would have threatened the bank’s very survival.

As a result, the fine amount had to be reduced to be bearable. 2019’s schemes typically involved deliberate conduct to obfuscate sanctionable activities or failures to account for sanctions red flags. In the APAC region, where several banks still maintain a manual or legacy system for compliance and due diligence checks, the current pandemic has introduced further challenges.

With many businesses receiving financial aid from government stimulus packages, sanctioned entities and criminals will inevitably seek opportunities to sneak in illicit financial flows amongst the sheer volume of transactions taking place. In these circumstances, pinpointing questionable activity without impeding legitimate customer activity, will prove difficult.

Many legacy screening systems also only allow access to a compliance checking system if a user is logged in at the bank’s headquarters, leaving remote working compliance teams handicapped until measures can be adapted. Finally, the requirement for financial institutions to screen their customers and transactions against official sanctions lists extends beyond the ever-changing sanctioned entities lists themselves.

Any entities owned 50 percent or more by a blocked entity must also be blocked according to OFAC rules. Additional entities like subsidiaries, countries, cities, aliases, alternative addresses, bank branches and routing codes, are considered within the scope of the regulations, but are not extensively captured in official lists issued by the authorities.

“For banks particularly, switching to a remote working set-up poses many logistical and security challenges, and a more sudden jolt toward digitisation than might otherwise have been comfortable. With staff working remotely or absent due to sickness, switching to ‘emergency mode’ has had a knock on effect on the efficiency of processing transactions, managing screening systems and lists, and allocating resources to those tasks,” said Vincent Gaudel, compliance expert at Accuity.

According to Gaudel, firms that have already transitioned toward cloud-based tools that are automated, thoroughly calibrated and integrate quality sanctions data sources to proactively identify red flags and provide explainable compliance audit trails, have already experienced a significant advantage during the current pandemic.

All Industries on OFAC’s Radar, Not Just Banking and Financial Institutions In 2019 alone, companies as varied as Apple, General Electric and elf Cosmetics reached settlements with OFAC, reinforcing that sanctions and financial crime compliance is not a challenge that is exclusive to just financial institutions. With high-profile cases like MID-SHIP reaching a settlement with OFAC for sanctions violations by its China subsidiary and North Korean ship The Wise Honest being seized for violating international sanctions while in Indonesian waters, the APAC region’s freight and cargo sector stands out as an industry that is being closely monitored by OFAC.

According to research by Accuity, the number of sanctions issued by OFAC against maritime vessels has soared 164 percent – from 221 in July 2018 to 583 in July 2019. Vessels play a major part in facilitating international trade, and over the last year there have been multiple examples of sanctions breaches, enabling goods to be shipped to and from various sanctioned geographies.

Eagle Shipping International, for instance, recently reached a settlement with OFAC for violations under a previous management. Between 2011 and 2014, Eagle Shipping entered into an agreement with a company in Singapore to transport sea sand. Forty-one of these voyages were in violation of the now repealed Burmese sanctions, or to the benefit of Myawaddy, a sanctioned entity at the time of these voyages.

“The pandemic has caused a significant contraction, international trade will not completely grind to a halt said Saurabh Nagar, director, trade compliance APAC at Accuity.

“Regulators are therefore expected to maintain stringent supervision over banks, cargo carriers and freight forwarders that are still carrying out trade finance activities,” she said. “To meet regulatory expectations, all parties involved in a trade transaction must be equipped with advanced, data-driven compliance technologies that can screen for sanctioned entities throughout the entire trade lifecycle.” This includes screening the sender, recipient, the goods themselves, as well as monitoring the journey of the shipment to ensure there are no sanctioned entities or suspicious circumstances that could pose a risk, said Nagar.