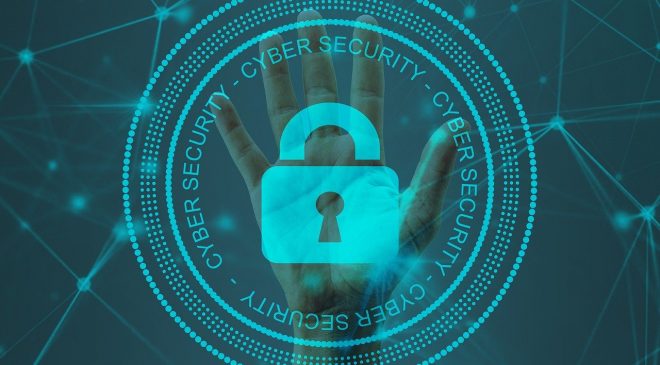 Fortinet, a global leader in broad, integrated, and automated cybersecurity solutions, has unveiled predictions from the FortiGuard Labs global threat intelligence and research team about the cyberthreat landscape for the next 12 months and beyond. From quickly evolving Cybercrime-as-a-Service (CaaS)-fuelled attacks to new exploits on non-traditional targets like edge devices or online worlds, the volume, variety, and scale of cyberthreats will keep security teams on high alert in 2023 and beyond.

Given cybercriminal success with Ransomware-as-a-Service (RaaS), a growing number of additional attack vectors will be made available as a service through the dark web to fuel a significant expansion of CaaS. Beyond the sale of ransomware and other Malware-as-a-Service offerings, new a la carte services will emerge. CaaS presents an attractive business model for threat actors. With varying skill levels, they can easily take advantage of turnkey offerings without investing the time and resources up front to craft their own unique attack plan. And for seasoned cybercriminals, creating and selling attack portfolios as-a-service offers a simple, quick, and repeatable payday. Going forward, subscription based CaaS offerings could potentially provide additional revenue streams. In addition, threat actors will also begin to leverage emerging attack vectors such as deepfakes, offering these videos and audio recordings and related algorithms more broadly for purchase.

One of the most important methods to defend against these developments is cybersecurity awareness education and training. While many organisations offer basic security training programs for employees, organisations should consider adding new modules that provide education on spotting evolving methods such as artificial intelligence (AI) enabled threats.

Another aspect of how the organised nature of cybercrime will enable more effective attack strategies involves the future of reconnaissance. As attacks become more targeted, threat actors will likely hire “detectives” on the dark web to gather intelligence on a particular target before launching an attack. Like the insights one might gain from hiring a private investigator, Reconnaissance-as-a-Service offerings may serve up attack blueprints to include an organisation’s security schema, key cybersecurity personnel, the number of servers they have, known external vulnerabilities, and even compromised credentials for sale, or more, to help a cybercriminal carry out a highly targeted and effective attack. Attacks fuelled by CaaS models means stopping adversaries earlier during reconnaissance will be important.

Luring cybercriminals with deception technology will be a helpful way to not only counter RaaS but also CaaS at the reconnaissance phase. Cybersecurity deception coupled with a digital risk protection (DRP) service can help organisations know the enemy and gain advantage.

To grow cybercriminal organisations, leaders and affiliate programs employ money mules who are knowingly or unknowingly used to help launder money. The money shuffling is typically done through anonymous wire transfer services or through crypto exchanges to avoid detection. Setting up money mule recruitment campaigns has historically been a time-consuming process, as cybercrime leaders go to great lengths to create websites for fake organisations and subsequent job listings to make their businesses seem legitimate. Cybercriminals will soon start using machine learning (ML) for recruitment targeting, helping them to better identify potential mules while reducing the time it takes to find these recruits. Manual mule campaigns will be replaced with automated services that move money through layers of crypto exchanges, making the process faster and more challenging to trace. Money Laundering-as-a-Service (LaaS) could quickly become mainstream as part of the growing CaaS portfolio. And for the organisations or individuals that fall victim to this type of cybercrime, the move to automation means that money laundering will be harder to trace, decreasing the chances of recovering stolen funds.

Looking outside an organisation for clues about future attack methods will be more important than ever, to help prepare before attacks take place. DRP services are critical for external threat surface assessments, to find and remediate security issues, and to help gain contextual insights on current and imminent threats before an attack takes place.

The metaverse is giving rise to new, fully immersive experiences in the online world, and virtual cities are some of the first to foray into this new version of the internet driven by augmented reality technologies. Retailers are even launching digital goods available for purchase in these virtual worlds. While these new online destinations open a world of possibilities, they also open the door to an unprecedented increase in cybercrime in unchartered territory. For example, an individualâ€™s avatar is essentially a gateway to personally identifiable information (PII), making them prime targets for attackers. Because individuals can purchase goods and services in virtual cities, digital wallets, crypto exchanges, non-fungible tokens (NFTs), and any currencies used to transact offer threat actors yet another emerging attack surface. Biometric hacking could also become a real possibility because of the augmented reality (AR) and virtual reality (VR) driven components of virtual cities, making it easier for a cybercriminal to steal fingerprint mapping, facial recognition data, or retina scans and then use them for malicious purposes. In addition, the applications, protocols, and transactions within these environments are all also possible targets for adversaries.

Wiper malware has made a dramatic comeback in 2022, with attackers introducing new variants of this decade-old attack method. There was an increase in disk-wiping malware in conjunction with the war in Ukraine, but it was also detected in 24 additional countries, not just in Europe. Its growth in prevalence is alarming because this could be just the start of something more destructive. Beyond the existing reality of threat actors combining a computer worm with wiper malware, and even ransomware for maximum impact, the concern going forward is the commoditisation of wiper malware for cybercriminals. Malware that may have been developed and deployed by nation-state actors could be picked up and re-used by criminal groups and used throughout the CaaS model. Given its broader availability combined with the right exploit, wiper malware could cause massive destruction in a short period of time given the organised nature of cybercrime today. This makes time to detection and the speed at which security teams can remediate paramount.

Using AI-powered inline sandboxing is a good starting point to protect against sophisticated ransomware and wiper malware threats. It allows real-time protection against evolving attacks because it can ensure only benign files will be delivered to endpoints if integrated with a cybersecurity platform.

What these attack trends mean for cybersecurity professionals

The world of cybercrime and the attack methods of cyber adversaries in general continue to scale at great speed. The good news is that many of the tactics they are using to execute these attacks are familiar, which better positions security teams to protect against them. Security solutions should be enhanced with ML and AI so they can detect attack patterns and stop threats in real time. However, a collection of point security solutions is not effective in todayâ€™s landscape. A broad, integrated, and automated cybersecurity mesh platform is essential for reducing complexity and increasing security resiliency. It can enable tighter integration, improved visibility, and more rapid, coordinated, and effective response to threats across the network.